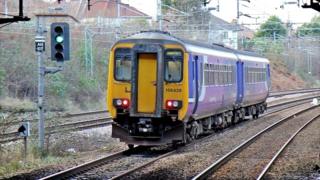 Widespread improvements to trains in the north of England and Scotland have been promised with the announcement of new contracts for two rail franchises.

The Department for Transport said the deals would see the introduction of 500 brand-new carriages.

The outdated and unpopular Pacer trains would also be phased out.

Trains would have …read more

Ticket re-sellers to be investigated