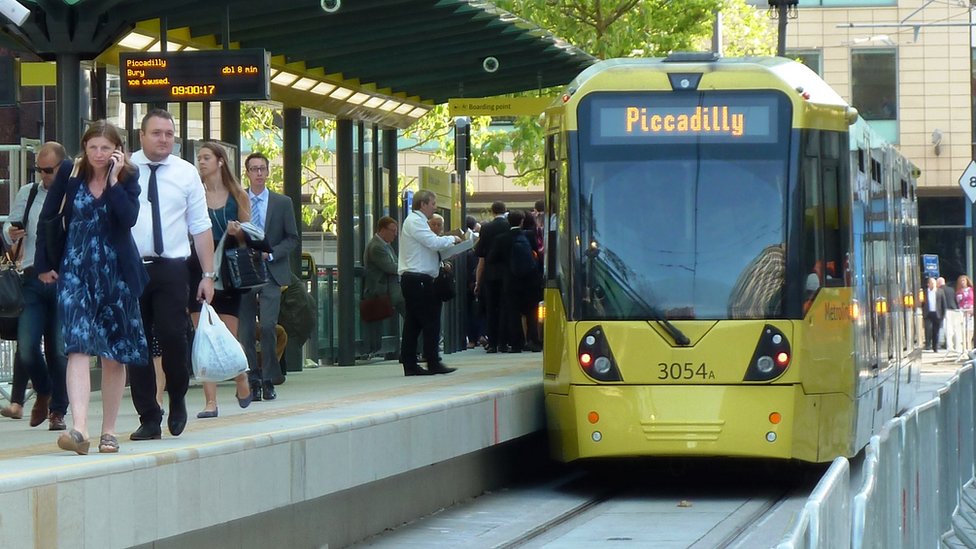 A new £165m tram line, which took three years to build, is opening.

Manchester’s Second City Crossing, running from near the Town Hall at St Peter’s Square to Victoria Station, is the final part of a £1.5bn transport expansion plan which began in 2009.

Transport for Greater Manchester (TfGM) said its opening was “historic” and the “culmination of years of hard work”.

TfGM bosses have acknowledged the works have caused major disruption for commuters and local businesses.

The Second City Crossing’s first phase opened between Victoria and Exchange Square – the area of Manchester city centre that faced the brunt of the 1996 IRA bomb – in December 2015.

Since work to expand Metrolink began in 2009, the network has trebled in original size and has become the largest light rail network in the UK.

Sir Richard Leese, leader of Manchester City Council, said it highlighted “how much the city has changed in such a short space of time, and represents a major milestone in Manchester’s continuing development and growth”.

About 250 drivers have undergone training on the new route.

The line was built as part of the government’s £1.5bn investment in tram, bus, rail and cycle routes across Greater Manchester.

Trams on trackTrams were reintroduced to passengers in Greater Manchester on 6 April 1992 Before that, the region’s tram service, which started in 1877, last operated in 1951Metrolink is now the largest light rail network in the UK, with 93 stops and nearly 60 miles of trackThe fleet includes about 120 trams Work has started on a £350m line to the Trafford Centre, due to open in 2020