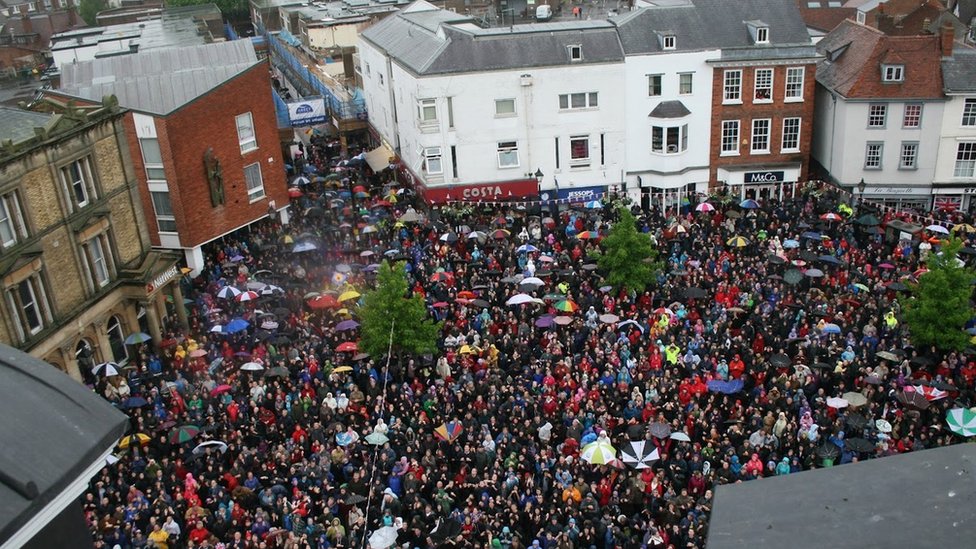 A bun throwing event for the Queen’s official 90th birthday will be held in Abingdon later.

The 4,500 specially-baked currant buns, which feature a crown design on the top, will be thrown from the roof of the county hall.

The event, organised by Abingdon-on-Thames Town Council, sees the Mayor, Councillor Alice Badcock and council members throw the buns into the crowds below who try to catch them.

Ms Badcock, who will throw the first bun said: “Bun throwing is a major event for Abingdon.

“It does not take place every year and therefore people very much look forward to taking part when there is a royal event to celebrate.”

In recent years there have been two bun throwing occasions in 2011 to celebrate the Royal Wedding and in 2012 6,000 were thrown as part of Diamond Jubilee celebrations.