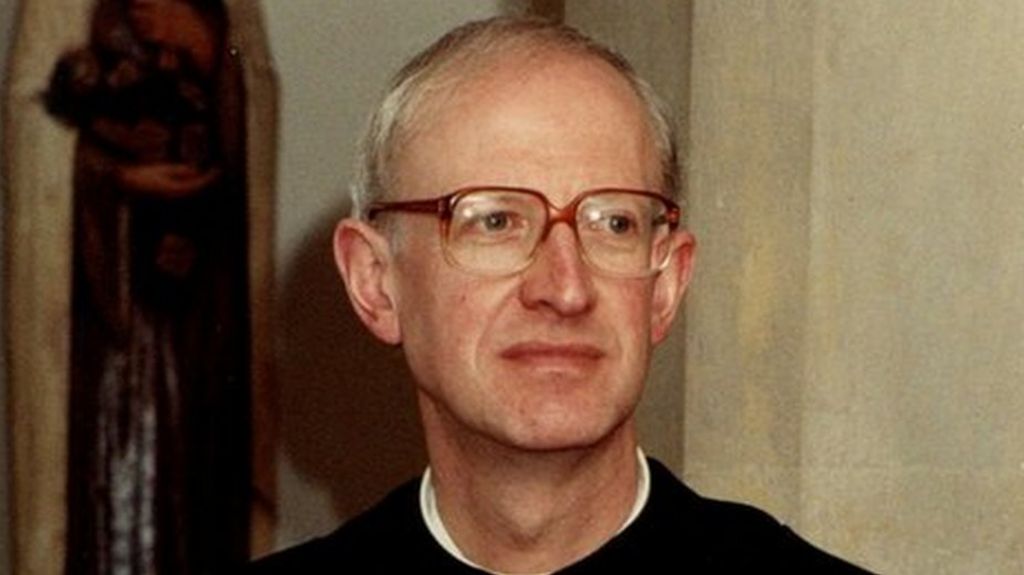 Lawrence Soper was being hunted over sex offences allegedly carried out when he was abbot of Catholic Ealing Abbey in London from 1991 to 2000.

He was arrested in 2010 and bailed, but failed to return to a London police station in March 2011.

A European Arrest Warrant was issued for him in 2012.

Police in Kosovo’s capital Pristina confirmed to the BBC local reports that he had been arrested in Pec, in the west of the country, on Thursday.

A senior official, speaking anonymously, told the BBC that the extradition process was under way to return him to the UK.

Police in London said: “The Metropolitan Police is aware of an arrest and is currently in liaison with the relevant authorities.”

In June 2010, a man in his 40s made an allegation of sexual assault at St Benedict’s School in Ealing, west London, that was also attended by actor Andy Serkis and comedian Julian Clary.

Police said at the time that they believed Mr Soper had been living in Italy.

Kosovo’s Insajderi newspaper said Mr Soper had been living under the name Andrew, and had lived in Pec for several years.