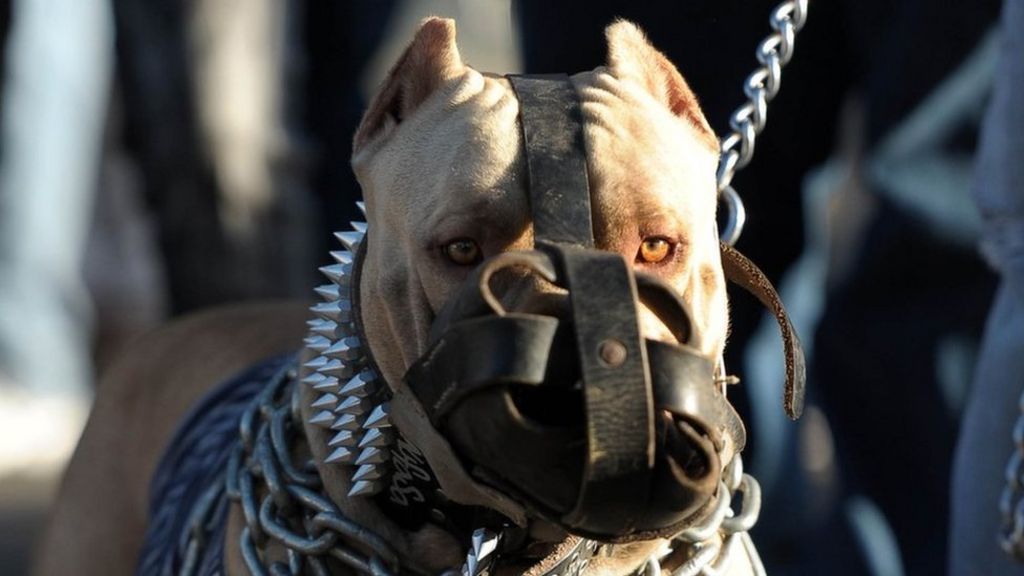 Campaigners want tougher penalties for dog fighting, amid concerns about its prevalence on Britain’s streets among young people using dogs for protection and to uphold their status.

The League Against Cruel Sports says undercover investigators were offered dogs that could be trained to fight.

It is also calling for a register of banned owners and a review of England and Wales’s Dangerous Dogs Act.

The act can be used against owners of any out-of-control dog, ministers say.

But the league argues that the legislation targets particular types of dog, rather than poor behaviour by their owners.

It wants to see that reformed, and a specific offence of dog fighting introduced. It is currently banned under wider animal fighting laws.

A report by the League said dog fighting had moved from organised confrontations in purpose-built pits, to so-called “rolls” in which dogs on chains fight on behalf of their owners. They are often young men keen to uphold their reputation on the street, it said.

It focused on Bedfordshire, which the charity said was representative of the problem in towns and cities.

According to the League, local people said dogs had been trained to fight in one park in Luton by hanging them from trees with their jaws to improve strength. There were also reports of fights taking place in other locations.

Why certain dog breeds are banned

He also offered young dogs of the Bully Kutta breed – a fighting dog from Pakistan, although not a banned breed.

He said that for £1,000 he was prepared to supply dogs suitable for “protection”. The Bully Kutta, he said, could be used for fighting.

Medics use video to help parents of neo-natal...