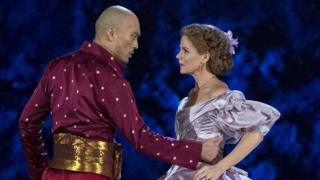 Ken Watanabe was nominated for his role in The King and I, in which he starred with Kelli O’Hara

Last Samurai star Ken Watanabe has revealed he is suffering from stomach cancer.

The illness has forced the 56-year-old Japanese actor to delay his return to the Broadway musical The King and I in order to have treatment.

The Oscar-nominated actor has had endoscopic surgery and is recuperating in a hospital in Japan, his agent said.

Watanabe made his US stage debut last year in …read more