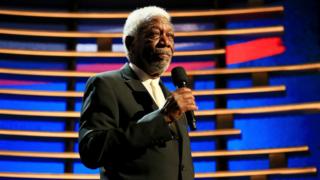 Morgan Freeman: “We landed safely without a scratch… I cannot say the same about my plane”

A private plane carrying Oscar-winning actor Morgan Freeman was forced to make an emergency landing, but the star and his pilot were unhurt.

The plane blew a tyre on take-off from Clarksdale, Mississippi, on Saturday.

The SJ30 jet made a forced landing in Tunica, about 40 miles (65km) away, where it went off the runway.

In a statement, the Shawshank Redemption star said: “Sometimes things don’t go as planned and a tyre blew on take-off, which caused other …read more