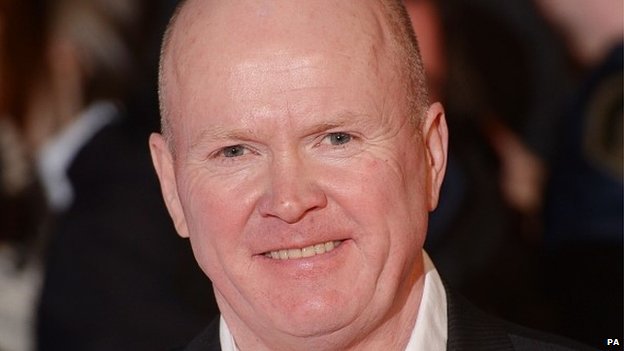 Actor Steve McFadden has accepted “substantial damages” from the publishers of the defunct News of the World newspaper and the Metropolitan Police, a judge has been told.

A police officer sold information about Mr McFadden, who plays Phil Mitchell in the BBC soap EastEnders, to a reporter in 2010, Mr Justice Mann heard.

Both women complained that messages were either intercepted or targeted, lawyers said.

Kelly Hoppen, an interior designer who was at one time the stepmother of actress Sienna Miller, sued the publishers after evidence emerged that her voicemail messages had been intercepted.

Ms Hazell, who has in recent years combined her modelling with a career as a movie actress, argued in court that her messages were “targeted”.

Outside court Mr McFadden said: “For years, false and private information about me has appeared in the press.

“Although I am pleased to finally understand how some of this information came to be published, I am particularly concerned that a police officer sold my privacy to a tabloid newspaper for profit.

“I consider the payment of damages and public apology will go some way to ensuring respect for my and others’ privacy in future.

“I am glad to have been vindicated and to be able to put this matter behind me.”

Further hearings relating to other people who have taken legal action are expected to take place later in the year.