The Addams Family featured a family of macabre oddballs, including Pugsley (left)

Ken Weatherwax, who played Pugsley in the original Addams Family, has died at the age of 59.

The actor suffered a heart attack and was found at his home in California on Sunday.

Pugsley was the oldest child of Gomez and Morticia Addams in the 1960s TV series.

The show featured a family of macabre oddballs who believed they were normal, and was famed for its catchy finger-snapping theme song.

The dysfunctional family were first created by cartoonist Charles Addams in the New Yorker magazine.

Weathermax, who also voiced the role of Pugsley in an animated version of the series in the 1970s, played Pugsley senior in a TV special Halloween With the New Addams Family in 1977.. 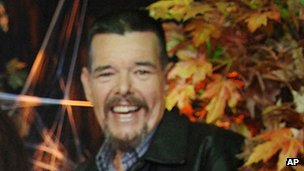 Weatherwax continued his career behind the camera, working for Universal Studios.

Two films based on the show were made, one in 1991 and a sequel in 1993, starring Anjelica Huston, the late Raul Julia and Christopher Lloyd.

Following his role in The Addams Family, Weatherwax featured in several TV commercials and served in the army.

He also worked for Universal Studios as a grip – providing support to camera operatives – according to his niece Shanyn Viera.

In a 2007 interview on Fox News, Weatherwax said he enjoyed taking on the role of Pugsley but found it hard to find work because of typecasting.

Weathermax also said he had been teased at school about his character’s name.

He retired a few years ago for medical reasons, …read more