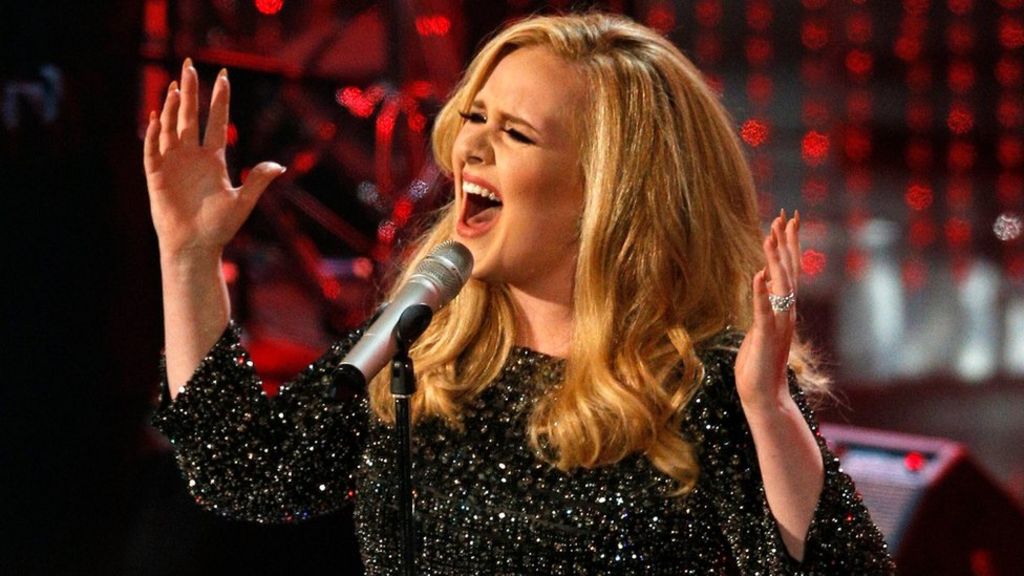 Pop star Adele has announced she will headline the Pyramid Stage at this year’s Glastonbury Festival.

She revealed the news live on stage at London’s O2, where she is in the middle of a six-night residency.

Glastonbury subsequently confirmed the announcement ,meaning Adele joins Muse and Coldplay at the top of the bill.

“What a great honour it is to have the wonderful Adele confirmed for this year’s Saturday night headline spot!” said festival organiser Emily Eavis.

Earlier this week, the singer teased fans in Manchester that she would “see them at Glastonbury” even if nerves prevented her from performing.

“I’ll be dressed as Elsa and my kid will be Olaf,” she said, referencing Disney’s smash hit movie, Frozen.

This year’s Glastonbury festival takes place in Somerset from 22 to 26 June.

Jeff Lynne’s ELO have been announced for the Sunday afternoon “legends” lot, which in recent years has been filled by Dolly Parton, Lionel Richie and Kenny Rogers.

PJ Harvey is the only other confirmed act on the bill. The festival traditionally waits until the final tranche of tickets have been sold before revealing its full line-up.