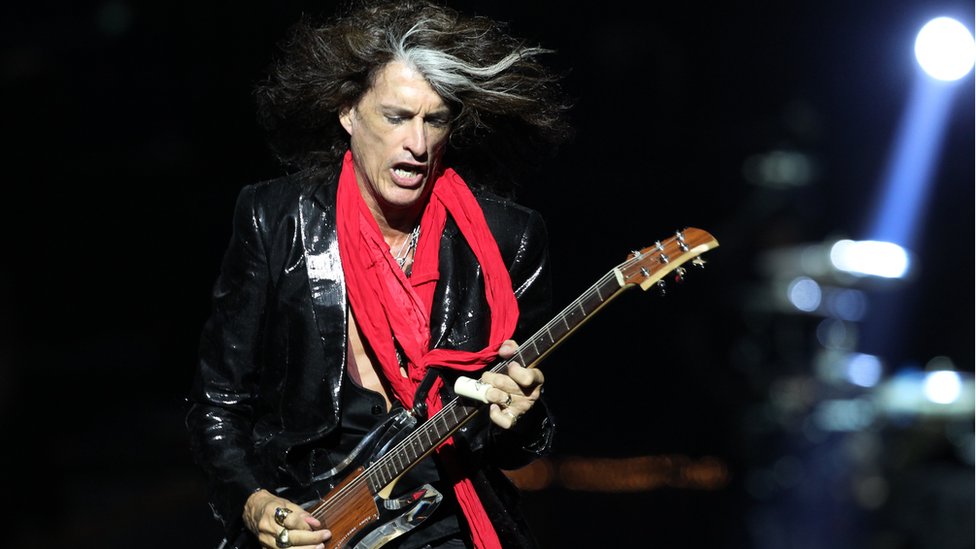 Aerosmith guitarist Joe Perry has been taken to hospital after becoming ill on stage in New York.

Perry, who is 65, had been performing with his side project the Hollywood Vampires, alongside Johnny Depp and Alice Cooper in Brooklyn.

He was taken to hospital where he is said to be in a stable condition.

“He sat down during the song and then walked off behind the drum set,” Kevin Phalon, an audience member, told NBC News.

“After that, you could see a whole bunch of backstage people run off to the left side of the stage.”

“He is stable right now, with family and is under the best care,” it said.

Alice Cooper also tweeted his thanks to “everyone asking about our brother @JoePerry”.

The band’s Twitter account said: “Joe Perry is stable and resting. His brother Vampires and fans wish him a speedy recovery.”

The supergroup are in the middle of their US tour and are due to play next in Kettering, Ohio, on 12 July.

This entry passed through the Full-Text RSS service – …read more