The UK’s biggest exhibition of works by Chinese artist and dissident Ai Weiwei has been put together at Blenheim Palace with the help of 3D technology.

Ai, who is restricted from leaving China, helped install more than 50 artworks with a computer model of the stately home in Oxfordshire.

“We would have loved for him to be here,” said curator Michael Frahm.

“We had the whole palace laser-scanned and created this virtual world that gave him access.”

Uniquely, Ai’s artworks – spanning some 30 years – are presented alongside the palace’s own artistic treasures, some of which date back hundreds of years.

New works created for the show include a site-specific carpet measuring 45m by 2m in the Great Hall.

Also on display is a giant chandelier in the main entrance hall and Circle of Animals/Zodiac Heads: Gold (2010), the artist’s reinterpretation of bronze zodiac head statues that once surrounded the fountain-clock at Emperor Yuanming Yuan’s Beijing imperial retreat. 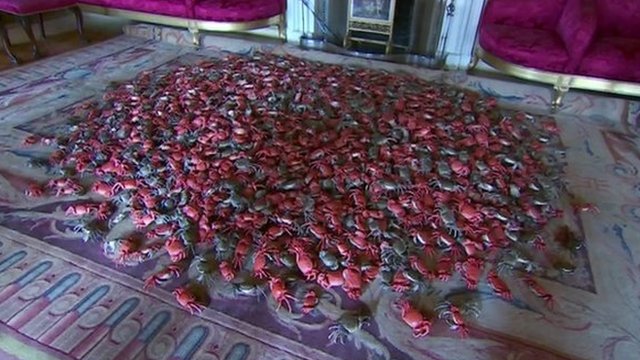 Tila Tequila thrown out of CBB