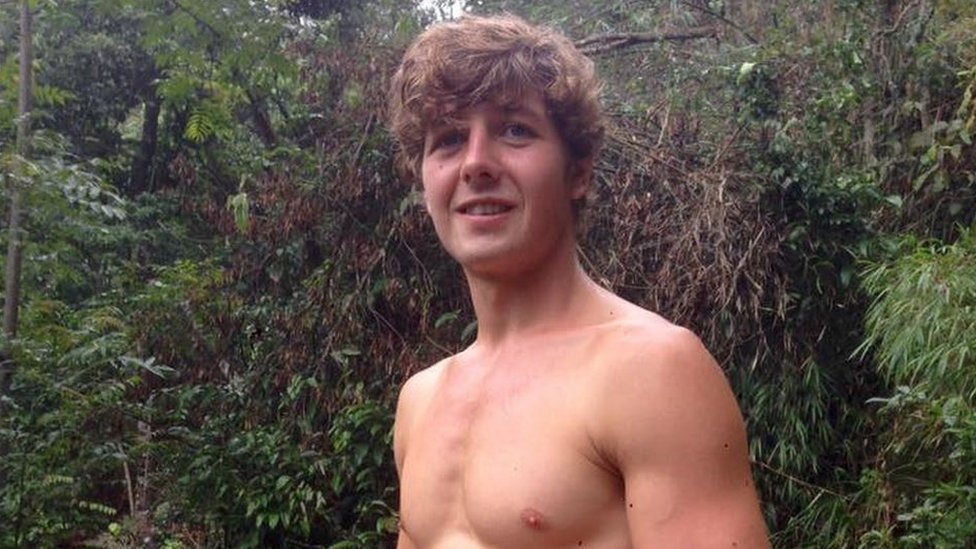 A British backpacker who died climbing Vietnam’s highest mountain fell to his death after slipping down a steep waterfall, his family has confirmed.

Aiden Webb, 22, from Norwich, set off to climb the Fansipan mountain alone on 3 June. He called his girlfriend to say he had fallen, injuring himself. His phone stopped working the next morning.

His body was found on 9 June.

He had gone to Vietnam with his girlfriend Bluebell Baughan, 24, of White Notley, Essex, and she was in contact with him by phone from the nearest town of Sapa.

Mr Webb told her he had fallen into a ravine having been forced off the main trail by a landslide.

He had cut his arm open on a rock, hurt his knee and lost his way, but was trying to make it back to safety.

The pair were in contact all night and last spoke at about 06:18 the following morning, 4 June, when Mr Webb agreed his girlfriend should raise the alarm. His phone then stopped working.

Vietnamese TV said about 150 people were involved in the search for Mr Webb, whose body was eventually found by rangers near Sin Chai village at 12:50 local time (06:50 BST) on 9 June.

In a message posted on Sunday in both English and Vietnamese on Facebook, by Miss Baughan, the family said: “Aiden’s body was found on the 9th of June by a team of seven comprising of Sapa police, military police and local men.

“An investigation was made following the recovery of Aiden’s body. …read more

Alan Shearer statue to be unveiled at St...