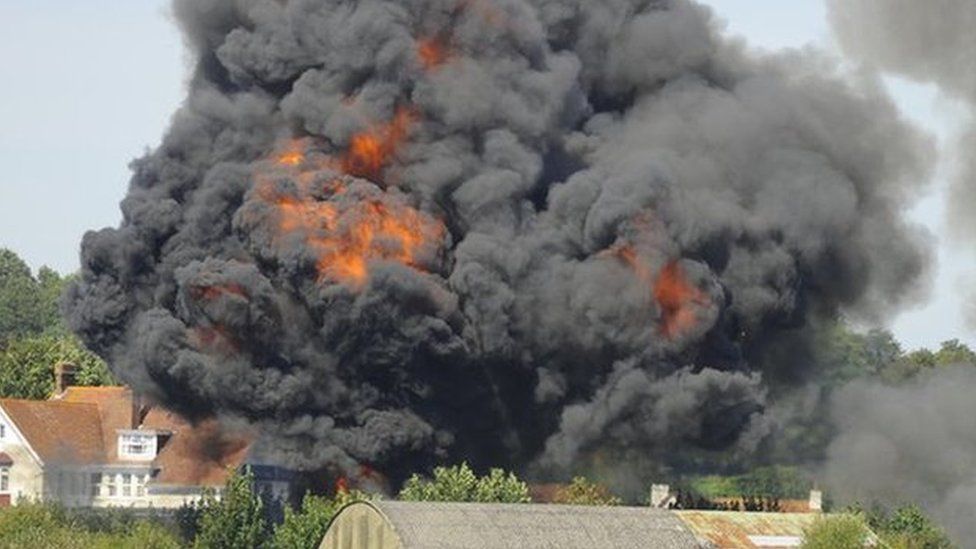 Two police officers being investigated for gross misconduct after the Shoreham air crash filmed themselves near the scene, it has been revealed.

Olivia Pinkney, Sussex Police deputy chief constable, said the officers, who are new in service, were working on the cordon some distance from the scene.

She said the video did not show details of the site but a message attached to it was inappropriate and offensive.

She said families of the victims were disappointed to learn of the incident.