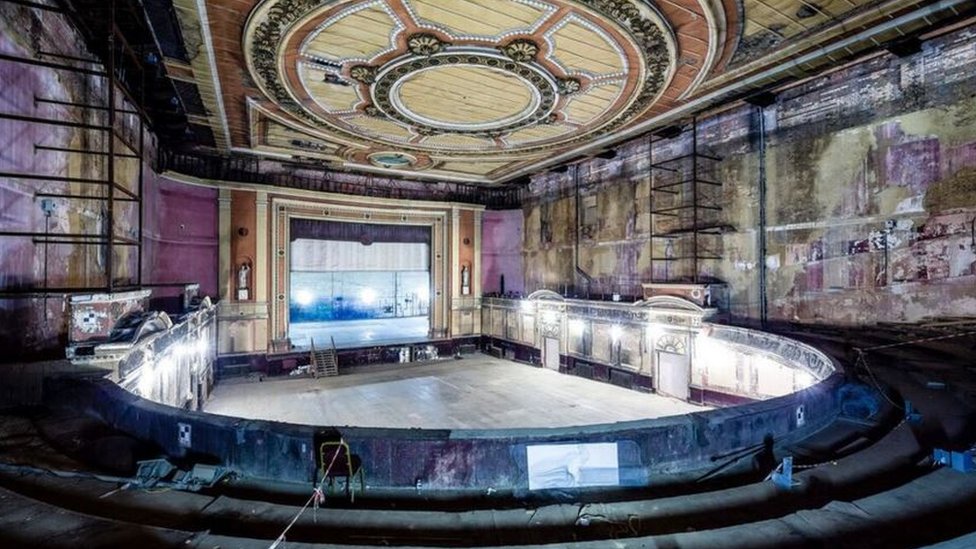 Alexandra Palace has started a £1m fundraising campaign to bring its Victorian theatre back to life after lying unused for 80 years.

It is hoped the theatre, founded in 1875, will be used for theatrical performances, cinema screenings, comedy and live music.

The BBC studios, at the eastern end of the Palace, will also be repaired and refurbished.

If successful in raising funds it is hoped the theatre will reopen in 2018.

The theatre and studios form part of a larger east wing restoration project to transform Alexandra Palace into a new cultural destination.

As part of the renovations, the glazed east court will become a space for the public and for exhibitions.

The entire east wing will be refurbished at a cost of £26.6m.

Alexandra Park and Palace Charitable Trust have committed to raising the final £1m by summer 2017.

The theatre, which has languished unused for decades, still has much of its original decor and stage machinery in place.

It was created to showcase opera, musicals, plays and all kinds of entertainment, even hosting early cinema screenings.