Alf Garnett back as part of BBC sitcom revival 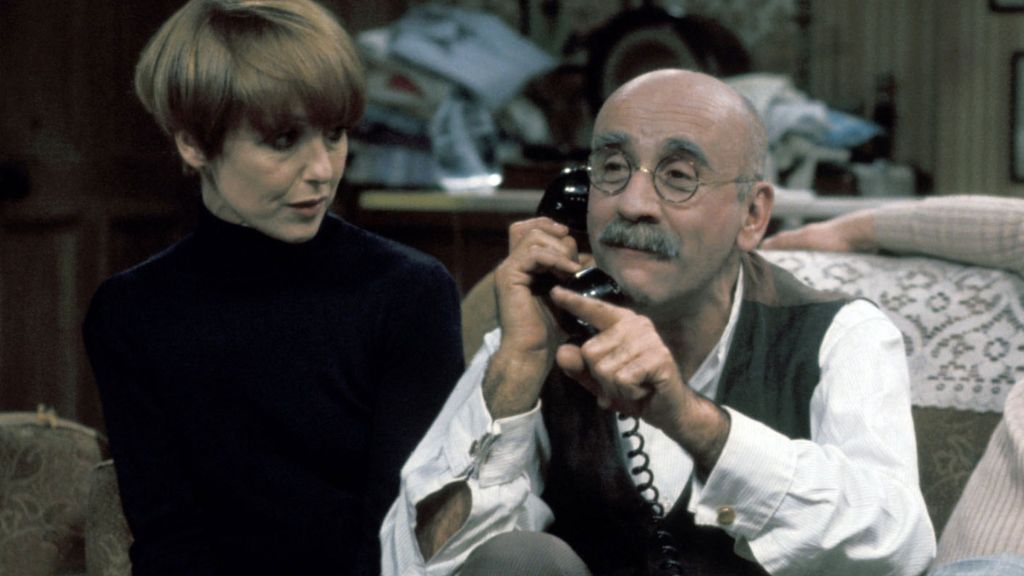 Alf Garnett, the prejudiced protagonist of Till Death Us Do Part, is to return to the BBC as part of a season that will revisit a number of classic sitcoms.

Other shows being revived include Steptoe and Son, Porridge, Are You Being Served? and Up Pompeii!

The BBC’s “landmark sitcom season” will mark 60 years since Galton and Simpson’s Hancock’s Half Hour started on BBC Television.

It will also feature a special prequel to Keeping Up Appearances.

Created by Johnny Speight, Till Death Us Do Part ran over seven series on BBC One from 1966 to 1975.

It starred the late Warren Mitchell as curmudgeonly bigot Alf Garnett alongside Dandy Nichols as his wife Else and daughter Rita played by Una Stubbs.

Till Death Us Do Part is one of a trio of “lost sitcoms” – along with Hancock’s Half Hour and Steptoe And Son – that will be remade for BBC Four using the original scripts.

Each will have a brand new cast and be filmed in front of a studio audience.

The lost Till Death Us Do Part episode, A Woman’s Place is in the Home, dates from January 1967. It features Garnett ranting against his wife when he returns to an empty house and finds his dinner burnt.

The sitcom season will begin this summer on BBC One with a special live episode of Brendan O’Carroll’s comedy Mrs Brown’s Boys.

The episode features Fletch’s grandson, also known as Fletch, imprisoned for a series of cyber-crimes.

Up Pompeii!, the ancient Roman-themed comedy, which ran from 1969 to 1970 starring Frankie Howerd, will also return with a new script by Paul Minett and Brian Leveson, the writers …read more

Beatles' first contract up for sale

The Essex Serpent named Waterstones book of the...