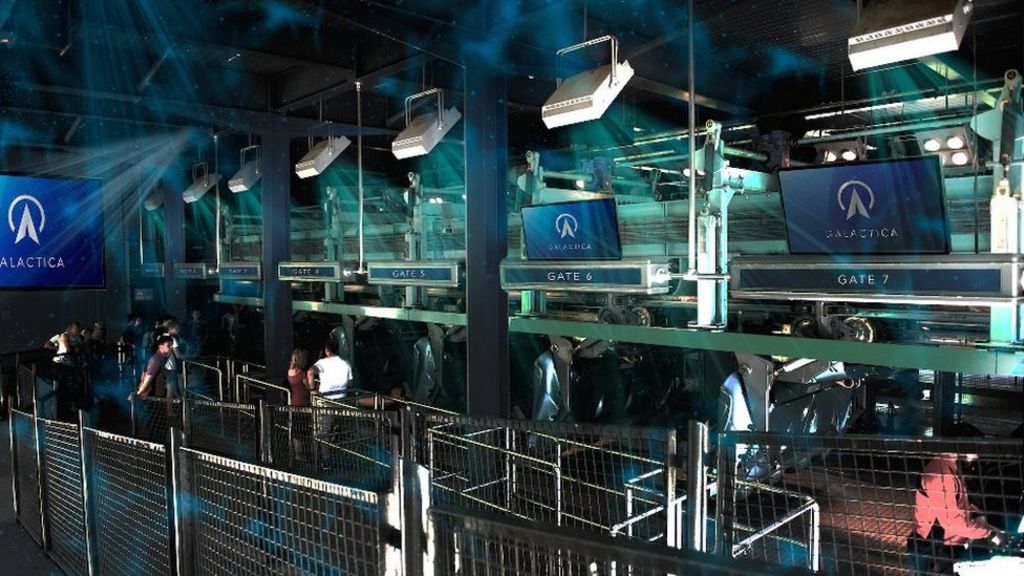 Dozens of people were left stranded on a rollercoaster at Alton Towers when heavy rain caused it to stop.

Twenty-eight riders were stuck lying face down near the top of the highest drop of 20m (66ft) for 20 minutes.

A spokeswoman for Alton Towers said heavy rain had obscured a sensor and the ride automatically stopped.

“This is a standard safety feature on this ride and the ride was working exactly as it is designed to do,” she said.

Amelia Watkins, from Shrewsbury, had attended the theme park with a friend the day before her 14th birthday.

Her mother Debbie went to meet them at Galactica and watched as the ride was halted.

She said: “I thought ‘oh dear they’re up there’. I could see all these people just hanging there.”

The friends said they were able to take off their virtual reality headsets when they felt the carriage stop, before realising they were stuck.

People in front of them were crying and shouting for help, they said, but staff climbed up to reassure them.

Mrs Watkins said: “They were shaken and wet because it was hammering it down with rain. Their hands were icy cold.”

Galactica opened last month and is a £12m upgrade from a previous rollercoaster attraction called Air.

Monday’s incident comes less than a year after the Smiler rollercoaster crash, which left two women needing to have legs amputated.