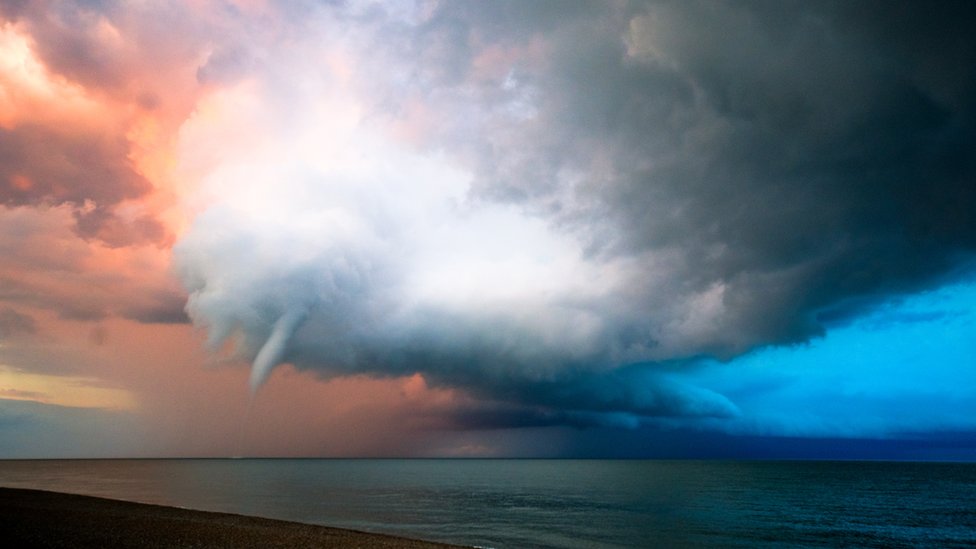 A waterspout spiralling above the sea in Suffolk provided a stunning sight on Saturday.

The weather phenomenon, which is similar to a tornado, could be seen swirling off the coast around Thorpeness and Aldeburgh.

Jackie Butler, of Leiston, watched the waterspout while walking her dogs on Sizewell beach on Saturday evening.

“All of a sudden we could see there was a spout coming down into the water,” she said.

“It literally drew the water up into itself and continued for 30 minutes and then stopped. As we stood and watched it, it reformed again.

“It was amazing, absolutely amazing.”

Meteorologist and BBC Look East weather forecaster Dan Holley said: “Essentially a waterspout is just a tornado but over water.

“Both begin life as a funnel cloud – a rotating column of air underneath a shower or thunderstorm – which, once it’s extended to the ground becomes a tornado if it’s on land, or named a waterspout if over water.

“On Saturday we had a line of wind convergence where northwesterly winds inland met an easterly sea breeze from the North Sea.

“Where the two opposing winds meet, the air gets forced upwards to create showers, and with a little spin can occasionally create funnel clouds.”