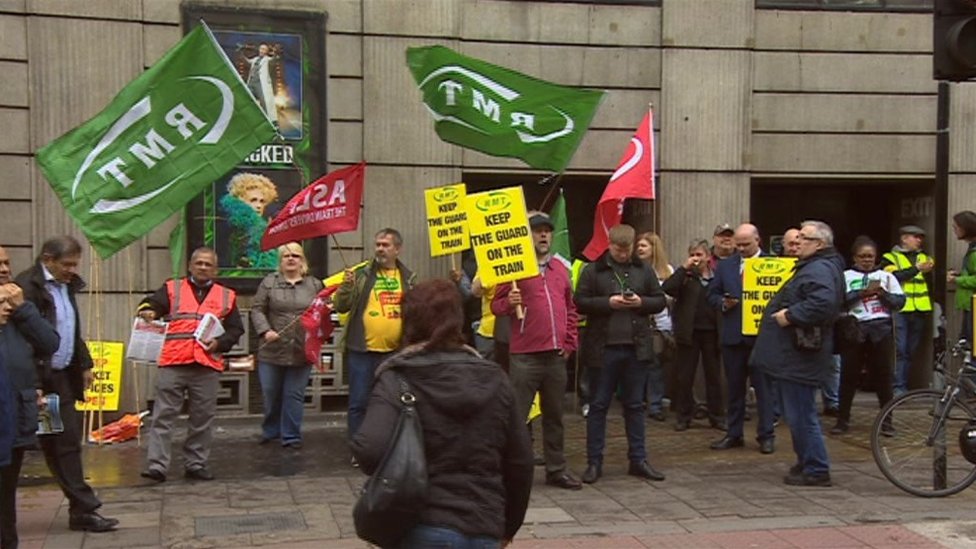 Southern Rail is to axe 350 services a day under an amended timetable drawn up in response to ongoing disruption, a union has claimed.

The RMT said it was given the figure at a meeting with parent firm Govia Thameslink (GTR).

GTR said its amended timetable would be a temporary measure until staffing returned to normal.

The government said the current situation was unacceptable and it was aware changes were being considered.

Industrial action by RMT members and high levels of staff sickness have contributed to disruption of Southern services from the south coast into London,

He said: “This latest savage attack on passenger services by GTR is nothing to do with staff sickness and everything to do with gross mismanagement of this franchise and the failure to employ enough guards and drivers to fill the current rosters and diagrams.

“The continuing attempt to blame the frontline workforce for this crisis is a cynical and cowardly ploy that will not wash with the travelling public.”

A GTR spokesman said: “The timetable recognises that the present level of service has not been acceptable and will aim to give passengers a more predictable service they can plan around.”

A spokesman for the Department for Transport said: “We are clear that GTR passengers are not getting the service they deserve and the current situation is unacceptable.

“We are aware that GTR is considering some changes in order to strengthen their timetable in the face of ongoing disruption, so as many services as possible can run.

“When this happens, operators are contractually obliged to inform us in advance, but these decisions are taken only when there is no other solution, and this does not amount to the government giving permission.”

The dispute is over the introduction …read more