Amnesty begins after spate of shootings 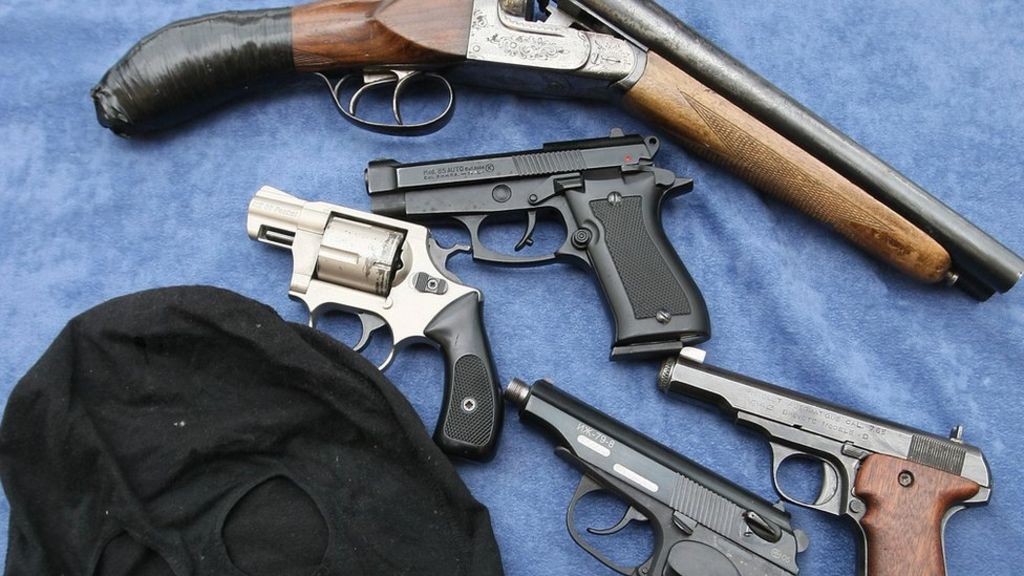 Four police forces are staging a two-week firearms amnesty after a spate of shootings in Salford.

There has been a spike in tit-for-tat attacks since Salford “Mr Big” Paul Massey was murdered in July 2015.

People are being urged to “give up the gun” during the firearms and ammunition surrender in Greater Manchester, Merseyside, Cheshire and Lancashire.

During the last amnesty almost two years ago hundreds of weapons were handed in, mostly antique firearms.

Greater Manchester Police (GMP) said weapons sometimes lie “forgotten” in homes and “many firearms are held in innocence and ignorance of their illegality”.

Merseyside Police Assistant Chief Constable Nikki Holland said: “In recent years there have been some changes in legislation in relation to antique firearms and some people may also have replica and decommissioned firearms in their homes because they have inherited them, or have a genuine interest in collecting military weapons and paraphernalia.

“These weapons could be targeted by those involved in serious and organised crime who may see the opportunities of converting and using them in criminality.”

In 2014, there were 126 weapons handed in to Merseyside Police, 103 in Greater Manchester and more than 100 in Lancashire.

An amnesty in 2003 in the North West resulted in 157 guns being surrendered in Lancashire and 339 in Cheshire.

Ch Insp Mark Baines, of Lancashire Police, said they were “fortunate that we do not have the same level of gun crime problems experienced by other areas, but we are not complacent about gun crime”.

Cheshire Police said during a previous amnesty the “majority of weapons handed in by the public were wartime items that people had inherited from relatives who have passed away”.

Theresa May to succeed Cameron as UK PM...

Didcot is 'most normal town in England', researchers...

I am for equality in tennis – Djokovic