Cameron Diaz stars in Annie, due for release on 19 December, but apparently leaked

Five films distributed by Sony Pictures appear to have been leaked online following a reported cyber-attack on the company last month.

Among the titles is a remake of classic film Annie, which is not due for release until 19 December.

The company was reported to have shut down its internal systems last week due to an “IT matter”.

Some have linked the cyber-attack to forthcoming film The Interview, Sony’s comedy about North Korea.

That film does not appear to have been leaked.

However, reports say other high-profile titles have been circulated. Among them Fury, starring Brad Pitt, which was in cinemas in October but is yet to be made available on DVD.

According to research firm Excipio, Mr Turner, Still Alice and To Write Love on Her Arms are also being distributed and downloaded.

Sony has not confirmed the authenticity of the leak, but was quoted in Variety magazine as saying: “The theft of Sony Pictures Entertainment content is a criminal matter, and we are working closely with law enforcement to address it.”

A spokeswoman for Sony Pictures refused to comment further on the leak.

In The Interview, Seth Rogen and James Franco play two reporters who have been granted an audience with North Korean leader Kim Jong-un.

The CIA then enlists the pair to assassinate him.

Technology news site Recode quotes unnamed sources saying the possibility that North Korea may have targeted Sony is being investigated. 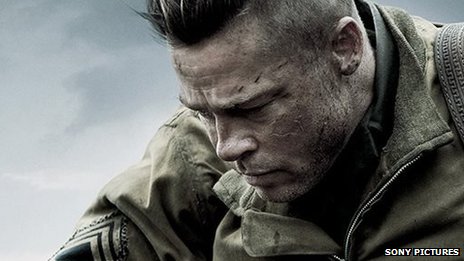 Brad Pitt’s Fury was released in October, but is not yet out on DVD