Home News Apology after man knocked out by clown
News 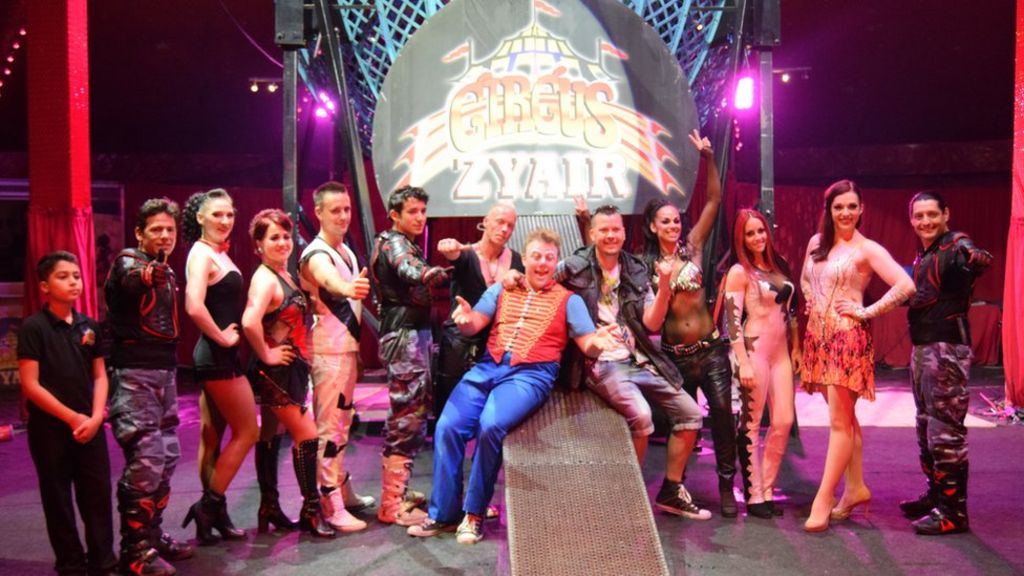 The owner of a circus where a man was knocked unconscious by a clown in a stunt gone wrong has apologised.

Adam Ingham, a director of Circus Zyair, said they will never perform that part of the act again.

Ben Garnham, 37, from Blackwood, Caerphilly county, was taken to hospital after a backflip attempt by Benji the clown misfired.

Mr Garnham met the clown in Carmarthen on Friday night after being given free tickets to the show there.

The self-employed DJ told BBC Wales: “I’m glad I could meet Ben last night – I gave him a big hug just to reassure him, I don’t have any animosity towards him and I’ve made a really good friend.

“I never expected the video to get so big, I’m glad it did from the point of view of getting the safety message over – if it saved someone from being paralysed somewhere else in the future it can only be a good thing.”

The circus was also criticised for the way the clown and other circus staff carried Mr Garnham backstage.

Mr Ingham said it was an “unfortunate accident and it shouldn’t have happened”.

He said the circus always had at least two qualified first-aiders on hand and he “completely understood” the criticism of how Mr Garnham was removed from the ring.

Mr Ingham said it was “obviously a panicked response from somebody who didn’t know what they were doing”.

“We are all devastated. We would never wish this on anybody and we are very grateful that he is OK.”

The clown has been doing the back flip stunt for more than 10 years without any accidents, Mr Ingham added.

The circus has reviewed its procedures and training and stopped audience participation.

George Galloway 'made me do chores'

Obama and Cameron 'close', US insists