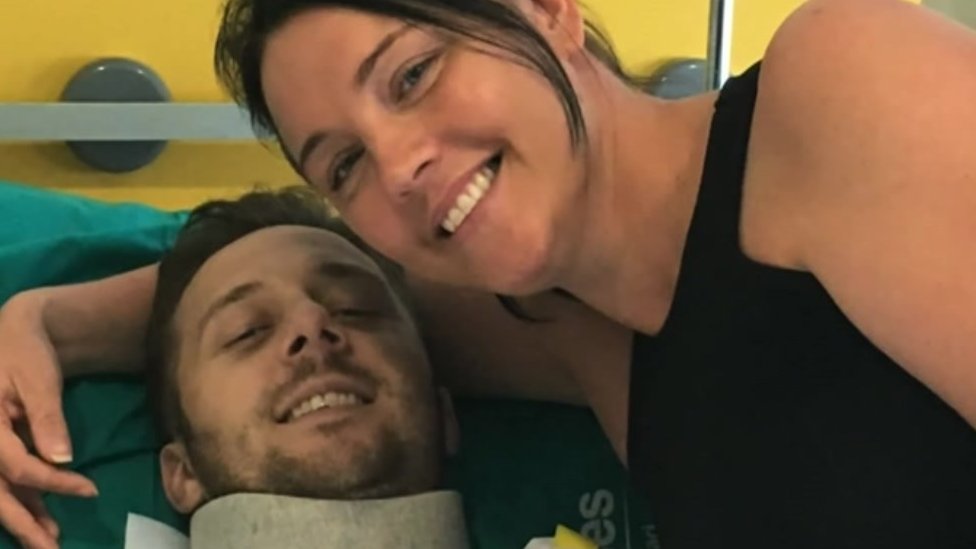 A crowd-funding page set up for a British firefighter paralysed after a freak stag-do accident in Majorca has raised over £10,000 to help with his recovery.

James Thorpe, 28, broke his neck after falling while in the sea in Magaluf last week, ahead of his wedding to fiancée Michaela Watson.

He was left paralysed from the chest down and is waiting to be flown home.

The couple said they are overwhelmed with the response to the appeal.

More on this and other local stories in Lincolnshire

James’ friend and fellow Norfolk firefighter, Simon Burch, said he set up the fundraising page to help ease any financial worries at a difficult time.

He said: “James is the sort of guy who would help absolutely anybody, so deserves all the help we can get for him.”

Mr Burch said he initially set a target of £1,000, which was almost doubled in 30 minutes.

“Now we are over £10,000 and it is absolutely fantastic the support people have shown,” he said.

Speaking from Spain, James’ fiancée thanked everyone for their support, and praised his friends for their quick action in saving his life.

She said: “When he broke his neck he couldn’t get his head out of the water and he would have drowned if his friends hadn’t seen him.

“They got him out of the water and made a pillow out of sand until the ambulance arrived.”

The firefighter, from Boston, Lincolnshire, is expected to be flown home later this week, and will be treated by specialists in Sheffield.

However, Ms Watson said doctors in Spain warned James may not walk again.

She said: “I’m just hoping Sheffield can work wonders on him and get him walking again.

“We are supposed to be getting married next Friday and James has told me not to cancel it – he is very determined,” she added.

Boil water advice for homes in Tameside and...