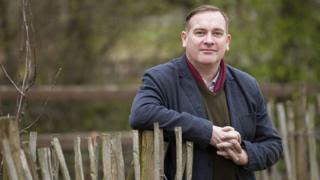 Sean O’Connor takes over in Walford in late Spring

Sean O’Connor, the editor of long-running Radio 4 soap The Archers, is taking over as executive producer on BBC One’s EastEnders.

He will be replacing Dominic Treadwell-Collins who has been in charge for the past two and a half years.

Under his reign, EastEnders saw the arrival of the Carter family – with Danny Dyer and Kellie Bright – and the Who Killed Lucy Beale? plot.

O’Connor takes over from Treadwell-Collins in the late spring.

Before he leaves, Treadwell-Collins will oversee Dame Barbara Windsor’s final episodes as Peggy Mitchell and the return of Peggy’s son Grant, played by Ross Kemp.

Treadwell-Collins said: “After two and a half years of giving my blood to Walford, it is time for me to move on to other things – and keep EastEnders creatively refreshed, something that it has to do to stay at the top of its game.

“I made the decision to leave back in the summer, but decided to stay longer for two reasons. Firstly, to oversee Peggy’s last episodes, which will air in May. When Dame Barbara comes to you to produce her final episodes, you cannot say no…

Harrison Ford: 'I'm the schmuck that landed on...