Argentina has expressed discontent to the BBC over its handling of complaints over a Top Gear special filmed in the country.

The show’s stars – including Jeremy Clarkson – and crew were forced to abandon filming last month amid angry protests over a car number plate that appeared to refer to the Falklands War.

Argentine ambassador Alicia Castro said the response she received from the BBC’s director of television, Danny Cohen, was “inadequate”.

Ms Castro also raised the subject of future co-operation with the corporation when it needs to film in the South American country.

In a letter to the BBC Trust, the corporation’s governing body, Ms Castro said Clarkson’s behaviour in the country fell “well below” BBC editorial values, accusing them of “covering up”.

A Porsche the Top Gear team were using had the registration H982 FKL, which some suggested could refer to the Falklands conflict between the UK and Argentina in 1982.

The BBC and Clarkson have maintained that the plate was a coincidence, saying that no deliberate offence had been intended.

Ms Castro pointed to the good relationship between Argentina and the BBC concerning wildlife programming, saying she hopes it will “continue to blossom” in the future.

“There is a record of excellent cooperation between the BBC and Argentina, with the BBC Earth’s Walking Giants and BBC Patagonia being only the most recent examples of production teams that have been enjoying the hospitality and full co-operation of the Argentine people and government while working on the ground,” Ms Castro wrote.

“I am sure you cherish this relationship as much as we do, and we hope that it will continue to blossom in the future,” she says in her letter to Rona Fairhead, chair of the BBC Trust. 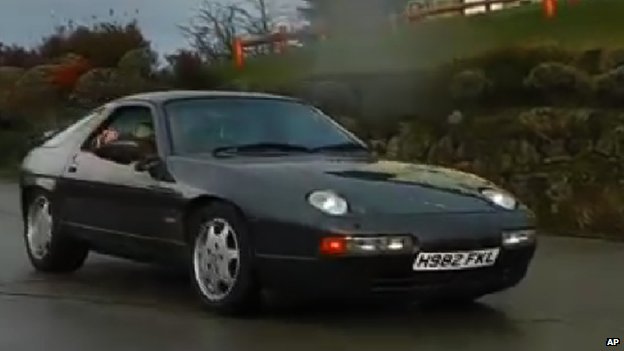 Lionel Richie heads to number one