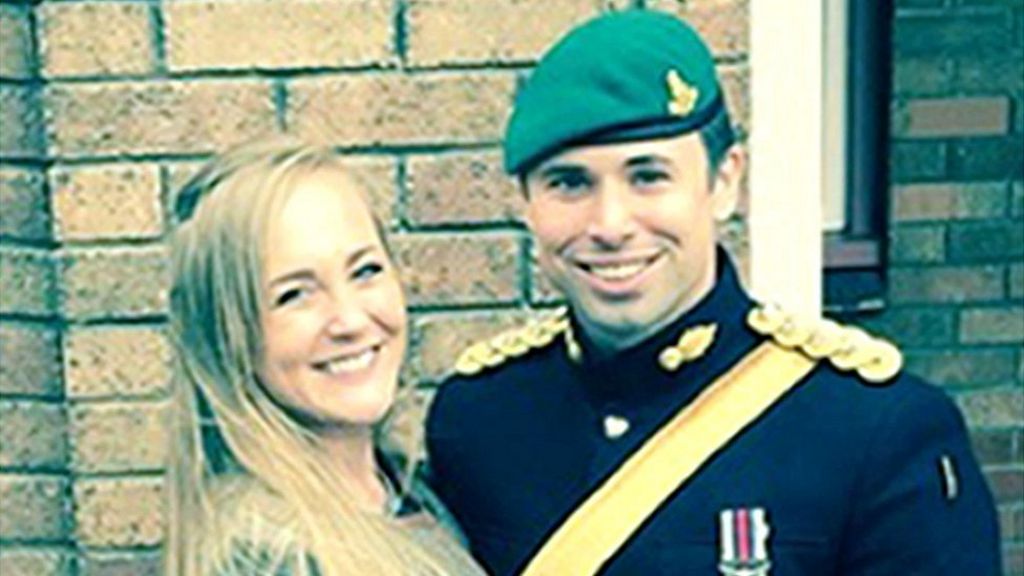 More than £100,000 has been raised for charity Help For Heroes following the death of an Army captain after the London Marathon on Sunday.

Afghanistan veteran David Seath, 31, had a cardiac arrest three miles short of the finish, near the 23-mile mark, close to Southwark Bridge.

A series of events has also been announced to pay tribute to Capt Seath.

His friends are planning to complete the marathon in his honour, starting at the place where he collapsed.

A minute’s applause will also take place at 15:23 BST during the Army v Navy rugby match at Twickenham this Saturday.

Elsewhere a number of parkruns, including ones in Cheltenham and Kingsway, have invited joggers to run 3.2 miles, rather than the usual 3.1 miles, to mark the distance Capt Seath had left to run.

People have been using the fundraising sites to pay tribute to Capt Seath.

One person said he was “an inspirational man taken too soon”, while another anonymous donator wrote, “may you rest in peace and be remembered for the hero you are”.

Capt James Walker-McClimens, who served with Capt Seath in Afghanistan in 2012, said his friends and colleagues wanted to “complete” the marathon for him.

“In the Army we don’t like unfinished business,” he said.

Capt Seath, who was in 29 Commando Regiment Royal Artillery, had hoped to raise £250 for Help The Heroes.

He received immediate medical attention after collapsing near the end of the race but died later at St Thomas’ Hospital.

The exact cause of death is yet to be established.

Lt Col Jon Cresswell, commanding officer of 29 Commando Regiment, said the “thoughts of the regiment” are with his girlfriend Gaby Schoenberger, his parents Libby and Pete, and brother Gary.

Duggan family to appeal over death