Arrest after teen dragged from Pizza Hut and stabbed 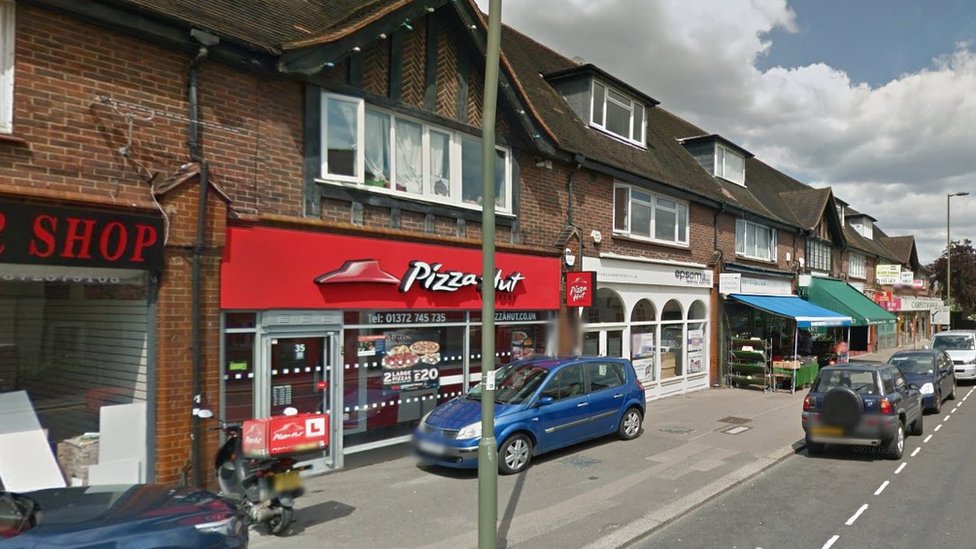 A man has been arrested on suspicion of attempted murder after a teenage girl was dragged out of a Pizza Hut and stabbed.

Surrey Police said a man assaulted a member of staff at the Waterloo Road restaurant in Epsom on Friday, before taking the 17-year-old victim outside.

A suspect was arrested a short time later at Court Recreation Ground off Pound Lane.

The girl suffered a stab wound to the abdomen and was taken to hospital.

Her condition is described as serious but not life threatening.

A 32-year-old man from Epsom has been arrested on suspicion of attempted murder, kidnap, rape and grievous bodily harm.

Det Insp Nick Chambers said the girl and the man knew each other.

“This appears to have been a violent and pre-planned attack which took place in a very public location,” he said.

“Epsom on Friday night is a busy place so I’m sure passers-by and motorists must have seen this incident unfolding.

“I would like to hear from anyone who saw anything out of the ordinary in or around Pizza Hut or Court Recreation Ground.”

The staff member, who tried to intervene when the man entered the restaurant, suffered injuries to his arm which are not believed to be serious.

Two arrests in investigation into alleged misconduct at...

Bus ploughs into tree after crash