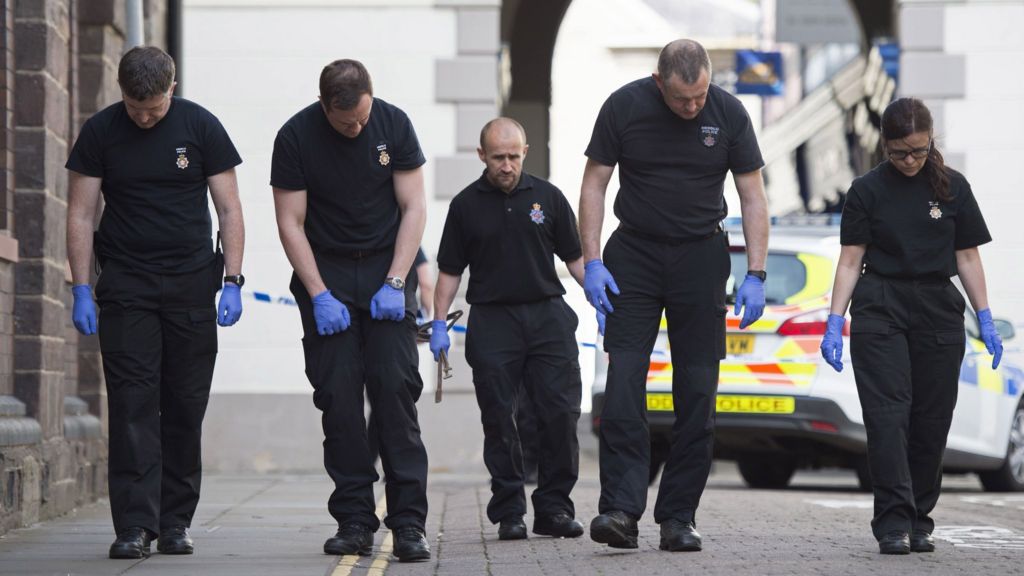 A 23-year-old man has been arrested on suspicion of murder after the death of a soldier in Brecon.

The soldier was found injured and unconscious on Lion Street at about 01:00 BST on Sunday, and was taken to hospital but later died.

The Ministry of Defence confirmed the death “with great sadness and regret” and said thoughts were with his family.

An area in Brecon town centre was cordoned off as police investigated the incident.

A police spokesman said: “Today in Brecon a 23-year-old man has been arrested in relation to the death of a man who was a serving member of the armed forces.

“He is being held in custody on suspicion of murder and the investigation is ongoing.”

A Ministry of Defence spokesman said: “It is with great sadness and regret that the MoD can confirm a soldier from the Royal Gibraltar Regiment died in Brecon in the early hours of this morning.

“Dyfed-Powys Police are currently investigating and it would therefore be inappropriate to comment further on the circumstances.

“Our thoughts are with his family and friends and the regiment asks that their privacy is respected at this difficult time.”

Stepbrother 'cut up girl with knife'

Tourists warned about swimming with seals