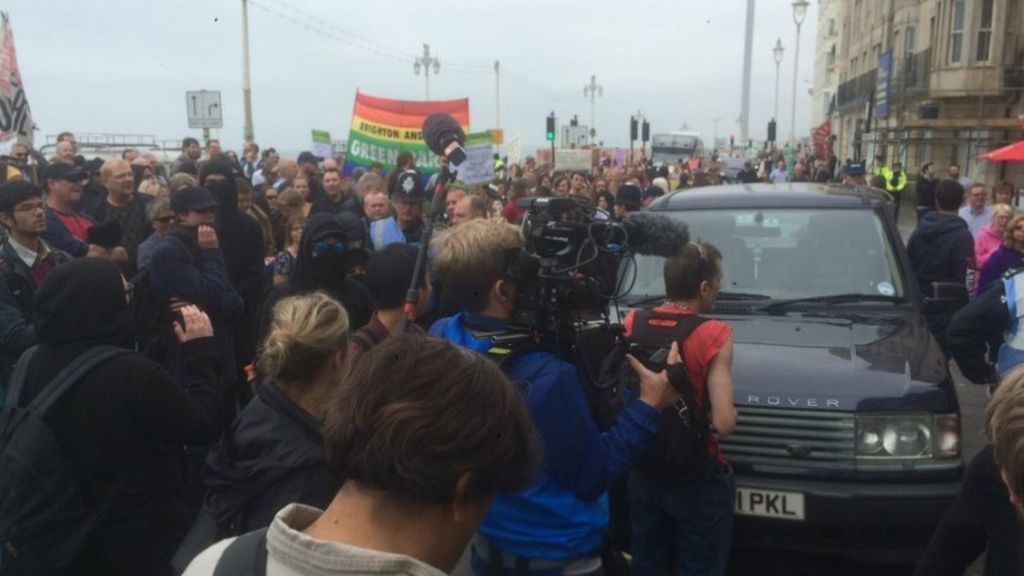 Twelve people have been arrested after police received reports of assault and criminal damage involving a large group of masked men in Brighton.

Sussex Police said the arrests were made in London Road in connection with an anti-immigration demonstration in nearby Ship Street at 09:00 BST.

A spokesman said further arrests were expected to follow.

A rival march took place after pro-refugee demonstrators met at Brighton station and headed to the seafront.

Police said officers had enforced Section 60AA of the Public Order Act, which gives them the right to remove people’s face masks if they are felt likely to be involved in criminal activity or violence and to be concealing their identity.

“We’re confident that having made a number of arrests at such an early stage, we have significantly reduced the risk of disruption and disorder in the town centre,” said Ch Supt Nev Kemp.

“Unfortunately, whilst the vast majority of demonstrators act peacefully, a small minority appear to have come with the intention to cause problems.”

The 12 men were arrested on suspicion of breach of peace and remain in police custody.

Police said on Thursday they were aware of demonstrations being advertised on social media but no group had notified them of the event.