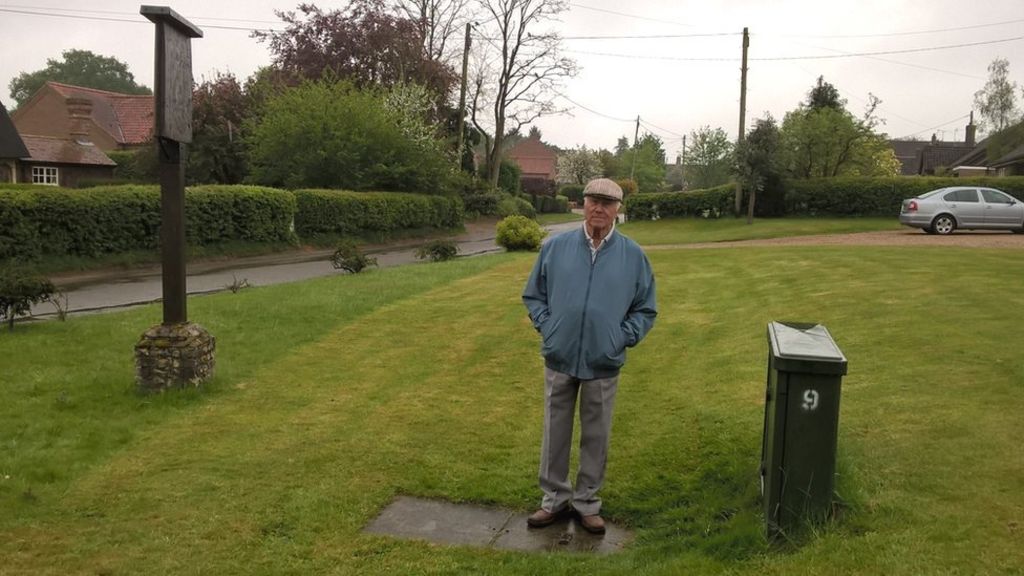 An 86-year-old man claims he has received threats to burn his house down in a row about broadband.

Raymond Moreton has refused to allow BT to access a junction box in his garden in Yelverton, Norfolk.

Villagers have complained internet speeds are poor and that the box needs upgrading.

Mr Moreton said: “I got a phone call… [they said] they are going to come and burn the place down.” Police said they were aware and were due to visit him.

Mr Moreton has lived at the house for 18 years and claims a bigger box would obscure motorists’ view of the adjacent road junction.

BT said it installed a fibre broadband box in Drakes Lane in 2014 and that it had no intention of fitting a similar cabinet in Mr Moreton’s garden.

It is disputing the boundary and said it believes the existing box could well be on public land.

“If they want to come and damage my property, be prepared,” said Mr Moreton, speaking of the threat he received.

“I wonder why everyone seems to be against me, when all I’ve done is try to facilitate matters.”

A spokesman for BT said the 1972 cabinet needed essential installation and repair works when required.

“We understand that there is an ongoing consultation between Mr Moreton and Norfolk Highways, and we will assess the situation, once the public boundary has been clearly defined by them,” he said.

“We do need to do some underground work in the area to enable more people to be able to get high speed broadband, so we need the public boundary clarified before we can do that.

“The engineering work to provide additional capacity would take a few days, however there would be a requirement to carry out provision and repair work on an ongoing basis.”

Norfolk County Council said: “We’re confident that the issue can be settled soon, with an agreed boundary line established which will assist Mr Moreton in identifying if any existing apparatus is on his land or not.”