Gemma Arterton fought back tears when some of real Ford women strikers joined her on stage on the opening night of new West End musical Made In Dagenham.

The former James Bond actress stars as Rita O’Grady, who led the sewing machinists’ strike of 1968 over equal pay for women.

“I was really moved then, ” she said.

“I was very emotional, just to know that everything that we’ve been doing for the last three years is because of them.”

Arterton added: “It was so lovely, they got this huge applause. I think they were quite overwhelmed. Every single night I think about them and the continuing story of women’s rights. It feels so current and vital and important to me.” 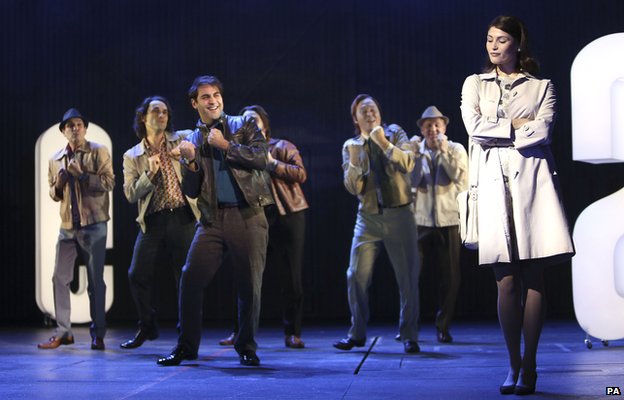 The musical is based on the 2010 film

The musical – based on the 2010 film – is written by Richard Bean, with music by David Arnold and lyrics by Richard Thomas, who wrote Jerry Springer: The Opera.

Bean, who had a hit with farce One Man, Two Guvnors, said he wished the Dagenham women could be on stage every night.

“Maybe we can …read more