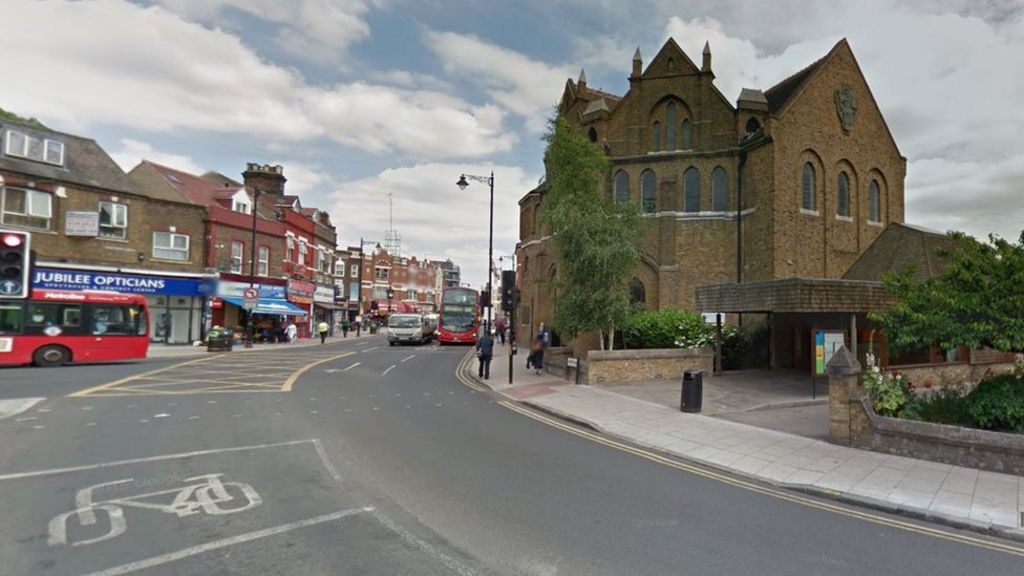 At least thirteen people have been injured after a bus crashed into a shop in north west London, London Ambulance Service (LAS) has said.

The bus crashed into a store front near The Parish Church of All Souls on Harlesden High Street. The Met said it was called at about 14:00 BST.

Two people were seriously injured in the crash, LAS said.

Twenty people were helped out of the bus and 45 people evacuated from nearby buildings, London Fire Brigade said.