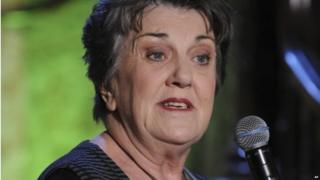 In August, a Melbourne court had ruled she had abused the 14-year-girl at her Melbourne home in 1984.

She was given community service, placed on a sex offenders’ register and ordered to undergo a rehabilitation assessment.

Ms Kirkpatrick, 74, had consistently denied the charges of assault and gross indecency with a person under 16.