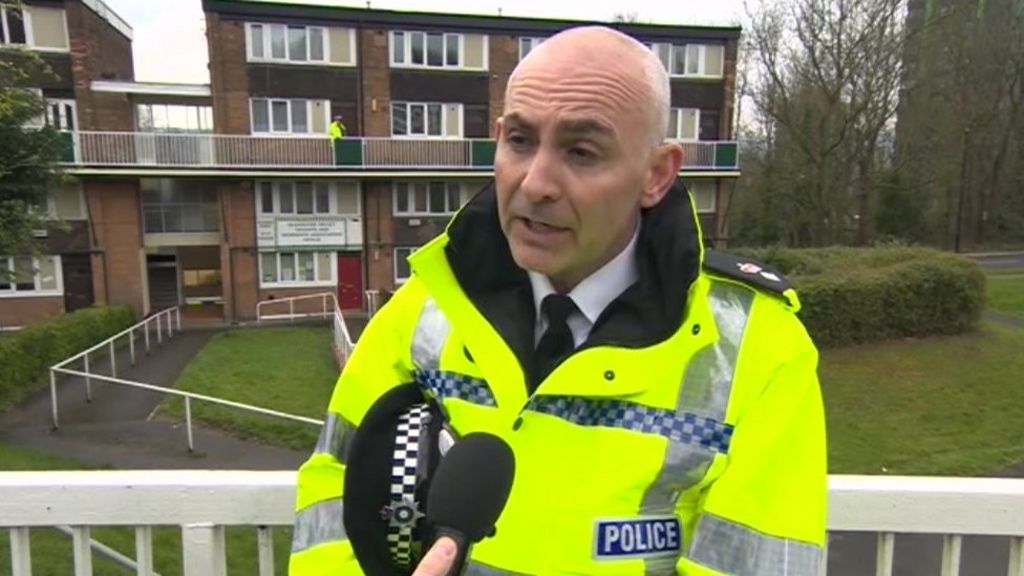 A police officer is “lucky to be alive” after she was attacked by an axe-wielding man as she tried to arrest him.

The officer sustained “multiple serious injuries” after responding to reports of a domestic incident in Sheffield on Wednesday night.

Ch Supt David Hartley said the officer, along with a colleague, faced “an immediate and aggressive attack”.

He praised the bravery of other officers who responded to the incident.

Ch Supt Hartley, of South Yorkshire Police, said: “The man was armed with an axe, and that was used as part of the assault.

“The female office sustained some really quite horrific injuries.”

He said the man then went out to the road, putting members of the public at risk.

“I’m incredibly proud of the response from my colleagues – all officers responded to this,” he said.

“They showed incredible bravery putting themselves between the public and the man, and very quickly brought him into custody.”

He said the officer who was attacked was “lucky to be alive” and is appealing for anyone who may have witnessed the assault to get in touch.

The officer remains in hospital and is expected to undergo surgery later.

Neighbour Simon Ellis, 46, who went to help the officer, said she told him she feared the attacker would kill her.

Mr Ellis said he had noticed two officers running up the stairwell in his block of flats and then a female resident emerged.

“She said [her boyfriend had] lost his mind, the aliens were chasing him and he was trying to kill the police officers that I’d just seen running up the stairs,” he said.

“As she did so, the lady police officer came half-staggering, half-falling out of the stairwell pursued by this big bloke, this bodybuilder, with an axe.

“It was a frenzied attack, chopping at her with the axe.”

Man charged over death of boy in Middlesbrough...