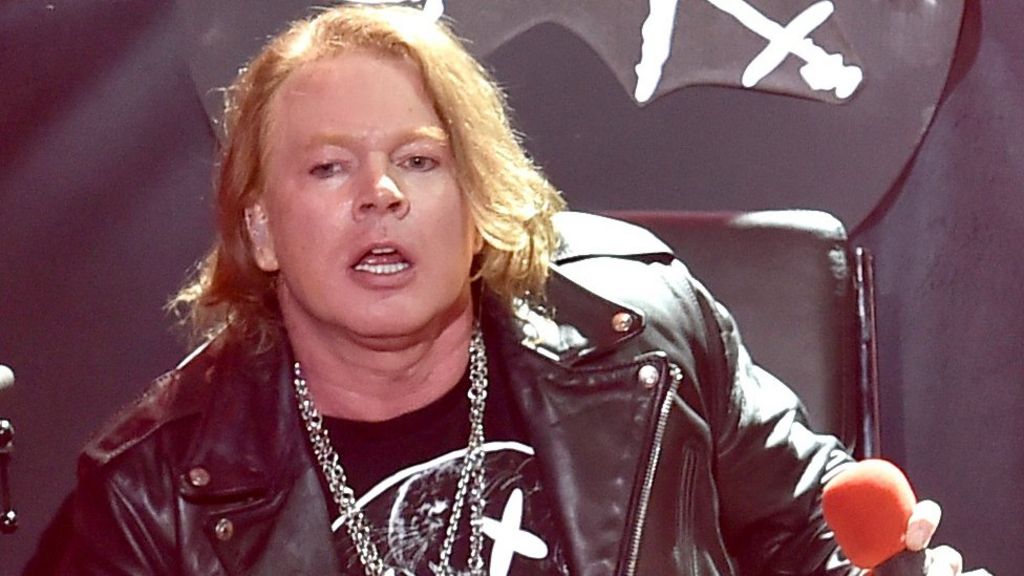 They postponed the Rock or Bust tour in March after Johnson, who joined AC/DC after Bon Scott’s death in 1980, was told he was at risk of going deaf.

Rose will join their European and postponed North American dates, before returning to his band in the summer.

In a statement, AC/DC said they were “fortunate” to have Rose’s “support”.

“As much as we want this tour to end as it started, we understand, respect and support Brian’s decision to stop touring and save his hearing,” they said.

“We are dedicated to fulfilling the remainder of our touring commitments to everyone that has supported us over the years.”

They added thanks to Johnson “for his contributions and dedication to the band throughout the years”.

The singer broke his foot following the show and has since performed seated on the throne used by Foo Fighters’ frontman Dave Grohl after he broke his leg on stage.

The band headlined the Coachella festival in California on Saturday and were joined on stage by AC/DC guitarist Angus Young for renditions of the Australian band’s classic songs Whole Lotta Rosie and Riff Raff.

AC/DC have suffered a number of setback in recent months, with former drummer Phil Rudd being convicted last year of drug possession and making threats to kill and sentenced to house arrest in 2015 and guitarist Malcolm Young, the brother of Angus, being diagnosed with dementia.

An American in Paris show set for West...