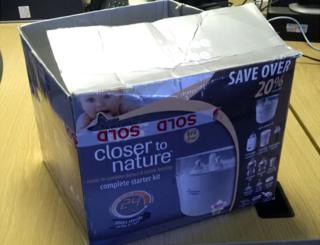 From the section Northampton

A baby girl, thought to be less than four weeks old, has been found abandoned in a cardboard box outside a house in Northamptonshire.

Police said she was found after a member of public heard a noise in Ibsen Walk, Corby, at 09:00 BST.

A police spokesman said the girl appeared “to be in good health” and was now being cared for at Kettering General Hospital.

Officers said they are concerned for the welfare of the mother.

The baby is said …read more

Orlando Bloom explains use of 'pikey' term on...