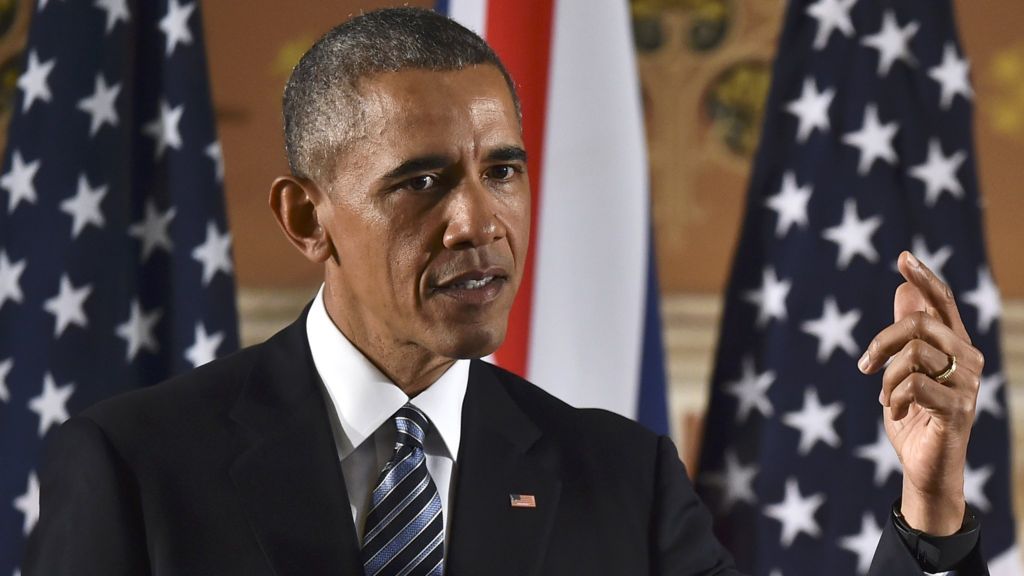 US President Barack Obama has been accused of doing Downing Street’s bidding – after he said the UK would be at “the back of the queue” for American trade deals if it left the EU.

Mr Obama was criticised by pro-Brexit campaigners after he warned of the consequences of the UK leaving the EU.

His intervention came on his first full day in the UK and comes just weeks ahead of the 23 June in-out referendum.

Speaking at a joint news conference with Prime Minister David Cameron, Mr Obama said the US “wants Britain’s influence to grow – including within Europe”.

“The UK is at its best when it’s helping to lead a strong European Union. It leverages UK power to be part of the EU.

“I don’t think the EU moderates British influence in the world, it magnifies it.”

However, his intervention in the referendum debate provoked a backlash from Leave campaigners.

Mr Farage accused the US president of doing Mr Cameron’s “bidding” and talking down Britain, adding: “I think that’s shameful.”

He told BBC’s Newsnight: “We heard ‘you are our best friend, we have a special relationship, and you will get a punishment beating if you leave the EU’.

“This is very much the Downing Street refrain.”

Meanwhile, another prominent Leave campaigner – former cabinet minister Iain Duncan Smith – has used an editorial in the Daily Mail to move the referendum debate on to immigration.

In his editorial, he says that the introduction of a national living wage – a move he supported while in government – will “surely lead to another stampede to our borders”.

He adds: “To make the Living Wage work for British people, we need to be able to control the number of people coming in.”

Mr Obama, who is visiting the UK with First Lady Michelle Obama, will spend his second full day of his visit in London on Saturday.