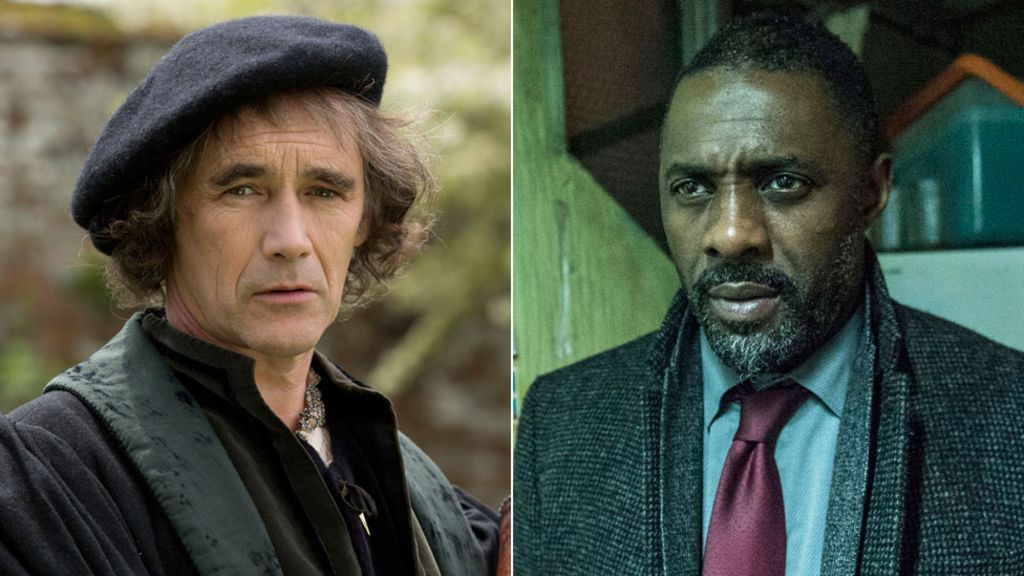 Oscar-winner Mark Rylance is facing competition from Luther star Idris Elba in the bid to be named best leading actor at this year’s Bafta TV awards.

The pair are nominated alongside Ben Whishaw and Stephen Graham.

Sheridan Smith is in the running for the best leading actress award, alongside Ruth Madeley, Claire Foy and Suranne Jones.

Wolf Hall, starring Foy and Rylance, picked up four nominations for the awards, to be held on 8 May.

Wolf Hall was also nominated in the best drama series category, alongside Humans, No Offence and The Last Panthers.

Doctor Foster, London Spy and This is England ’90 are all nominated in the best mini-series category.

Sharon Horgan is up for the best female performance in a comedy programme award, for Catastrophe, alongside Sian Gibson, for Peter Kay’s Car Share, Miranda Hart for Miranda and Michaela Coel for Chewing Gum.

Hugh Bonneville receives a nomination for the best male performance in a comedy programme, for spoof BBC documentary W1A.

Peter Kay is nominated in the same category for Car Share, alongside Javone Prince, for the Javone Prince Show, and Toby Jones for The Detectorists.

Stars descend on London for Brits