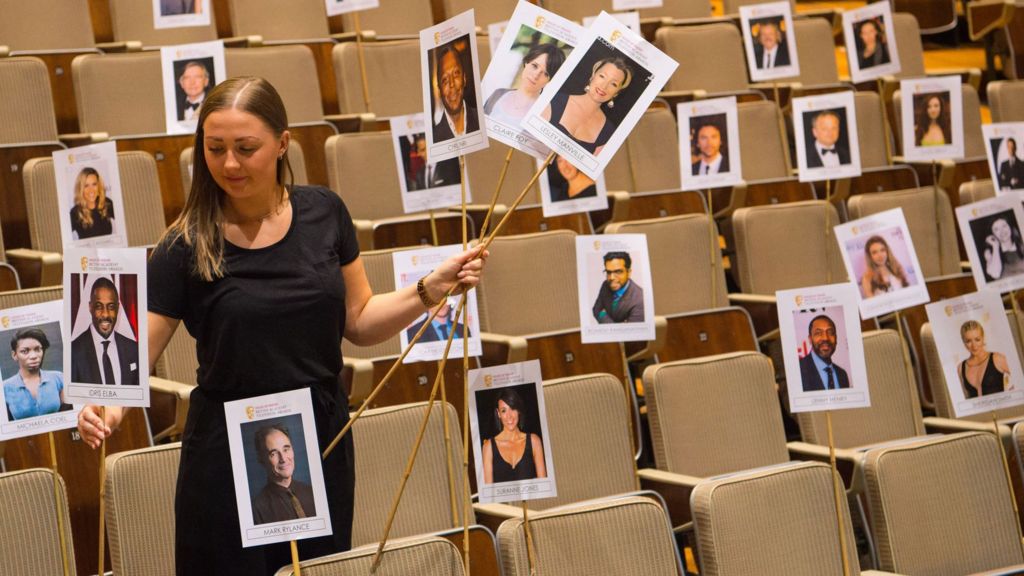 Stars of the small screen will find out later who will be picking up prizes at this year’s Bafta Television Awards.

Among the nominees expected to attend on Sunday night are Idris Elba, Suranne Jones, Mark Rylance and Sheridan Smith.

BBC Two’s historical drama Wolf Hall leads the field with four nominations, while Peter Kay’s Car Share and This is England ’90 have three each.

This year’s ceremony, hosted by Graham Norton, is being held at London’s Royal Festival Hall.

Norton is also nominated in the entertainment performance category for BBC One’s The Graham Norton Show.

Actor and comedian Sir Lenny Henry will receive a special award for his outstanding contribution to TV.

Rylance, who won an Oscar this year, is up for best leading actor for his role as Thomas Cromwell in Wolf Hall, which is nominated in the best drama series category alongside Channel 4’s Humans and No Offence and The Last Panthers on Sky Atlantic.

Claire Foy has a leading actress nod for her performance as Wolf Hall’s Anne Boleyn while Anton Lesser is shortlisted for his supporting role as Sir Thomas More.

Sheridan Smith is also in the running for leading actress award, for her role as a woman with cancer in BBC One’s The C-Word.

In the same category are Suranne Jones for BBC One infidelity drama Doctor Foster and Ruth Madeley for BBC Three’s Don’t Take My Baby, about a disabled couple’s struggle to keep their newborn child.

Up against Rylance in the leading actor field are Ben Whishaw for BBC Two espionage drama London Spy, Idris Elba for BBC One crime series Luther and Stephen Graham for Shane Meadows’ This is England ’90.

Doctor Foster, London Spy and This is England ’90 are all nominated for best mini-series, as is Sky production The Enfield Haunting.

The C-Word is up for the single drama prize, alongside BBC One’s The Go-Between, Don’t Take My Baby and Channel 4’s Cyberbully.

Sharon Horgan is up for the best female performance in a comedy programme, for Channel 4’s Catastrophe, as are Sian Gibson, for Peter Kay’s Car Share (BBC iPlayer), Miranda Hart for Miranda (BBC One), and Michaela Coel for E4’s Chewing Gum.