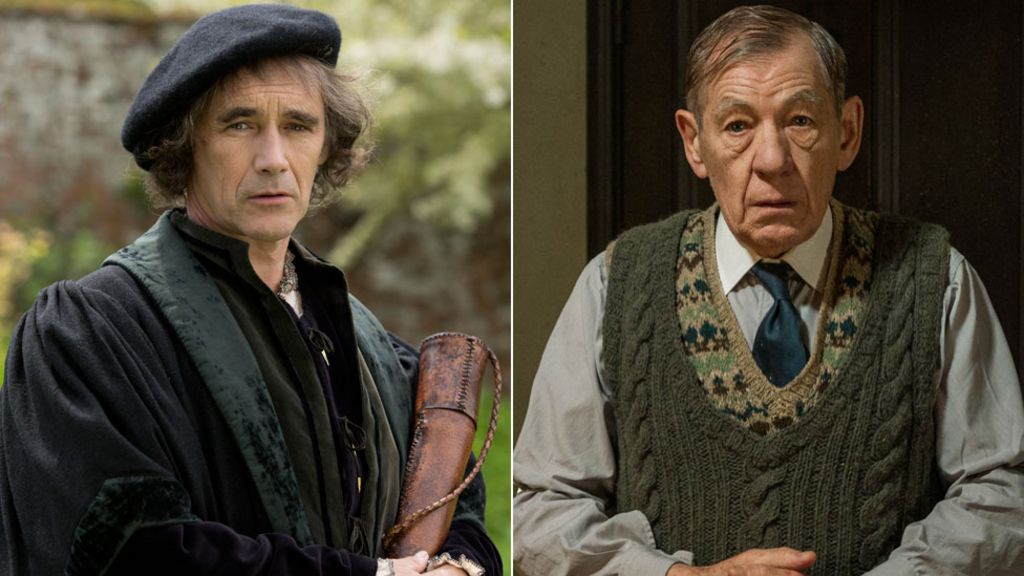 BBC Two dramas Wolf Hall and The Dresser were among the winners at this year’s Bafta Craft Awards, which honour television’s behind-the-scenes talent.

The Dresser, starring Sir Ian McKellen and Sir Anthony Hopkins, received two awards – one for its costumes and one for its make-up and hair.

Wolf Hall, meanwhile, was recognised for its editing and sound.

They include Jonathan Strange and Mr Norrell, which received Baftas for its production design and visual effects, and nature documentary series The Hunt, honoured for its photography and music.

The programme’s success in the latter category marked the first time since 2002 that an award for music has gone to a factual production.

Sunday’s event also saw Shane Meadows honoured for his direction of This is England ’90 and Russell T Davies receive a writing award for Channel 4’s Cucumber.

Rob Delaney and Sharon Horgan were also given a writing award for their work on sitcom Catastrophe, in which they also appeared.

Casting director Nina Gold received a special award at the ceremony, which comes before the Bafta TV Awards on 8 May.

A full list of this year’s winners and nominees can be found on the official Bafta website.

Fantastic Beasts and Where To Find Them casts...

Ant & Dec: The secret of their success