Peter Firmin, the co-creator of beloved children’s animations The Clangers and Bagpuss, is to be honoured at the Bafta Children’s Awards.

Firmin, 85, said he was “delighted” to receive a Special Award recognising his outstanding contribution to children’s media and the entertainment industry.

It will be presented by Bernard Cribbins, with an introduction by Michael Palin.

The awards take place on Sunday 23 November at London’s Roundhouse.

Firmin said his 50-year partnership with long-term collaborator Oliver Postgate, who died in 2008, had “opened up the world of television to us and allowed us to explore new ways of telling stories to generations of children”. 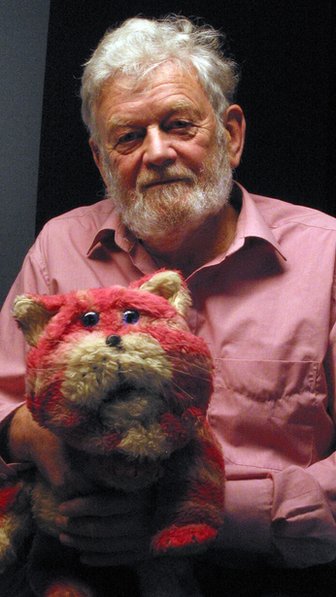 He said: “Television has changed and developed beyond anything we could have dreamt of in the years before colour and digital and computer chips with everything, so it is touching that our work is still remembered with such affection.

“I’m honoured that our work, and that of everyone who contributed to it, is being honoured with this accolade.”

Firmin and Postgate began making children’s programmes in 1959 with Ivor the Engine, a series for ITV about a little Welsh steam engine. It was remade in colour for the BBC in the 1970s.

Firmin made the puppets and sets, while Postgate wrote the scripts and did the animation – and most of their films were made in a barn on Firmin’s farm in Kent.

Ivor was followed in the early 1960s by the sagas of Noggin the Nog, Later they branched out into stop-motion puppet animation. These included Pogles’ Wood and The Clangers – pink creatures with pointed noses who spoke in whistles.

THE ONLY ADVANCED WARFARE YOU’LL EVER NEED.