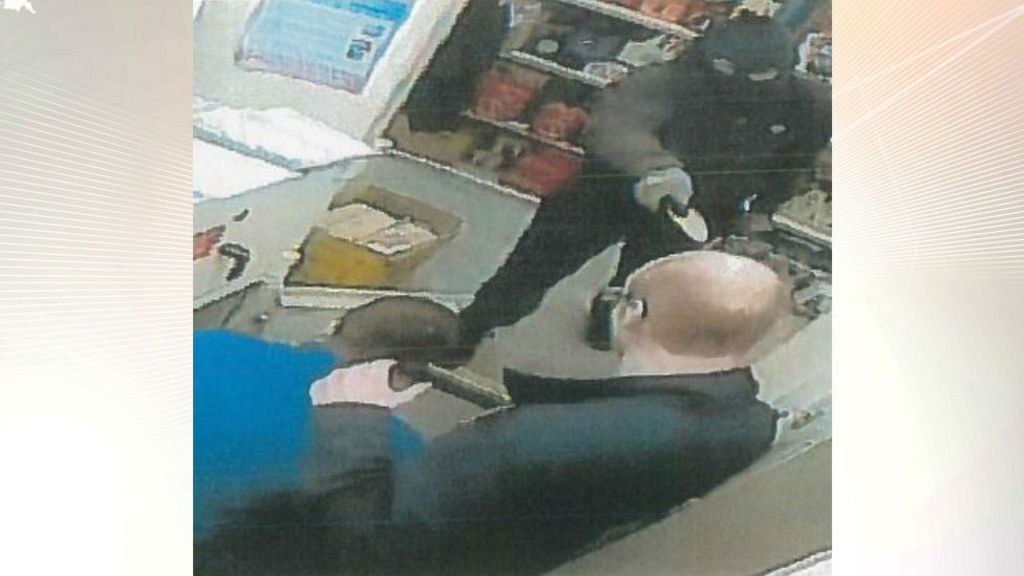 A robber fashioned a balaclava out of trousers but was rumbled when police found a one-legged pair at his house.

Paul Bartlett used the mask to carry out three raids in as many days on shops in Sutton Coldfield in October 2015, West Midlands Police said.

On his arrest on 12 October, officers found cut-up trousers matching the material of the mask.

Bartlett admitted robbery and was jailed for 13 years after it emerged he had committed 78 previous offences.

Among those offences were 45 thefts, police said.

The raids, where cash, cigarettes and alcohol was taken, happened at One Stop and Select & Save in the town.

The 47-year-old, from Kemble Drive, Castle Vale, Birmingham, claimed in police interviews that complications during his birth meant he had a bad memory.

However, he told officers he remembered he did not take part in the robberies.

A search of the home of his accomplice, Adam Breen, 26, of Bovingdon Road, Castle Vale, uncovered a distinctive baseball cap, identical to one worn during the attacks, as well as a red-handled knife and a haul of cigarettes.

Breen was found guilty at Birmingham Crown Court and handed a prison term of five years and two months on Monday.

“We’re pleased the long jail sentences imposed reflect the seriousness of the offences.”

Bradley Lowery: 'No hope left' for five-year-old with...