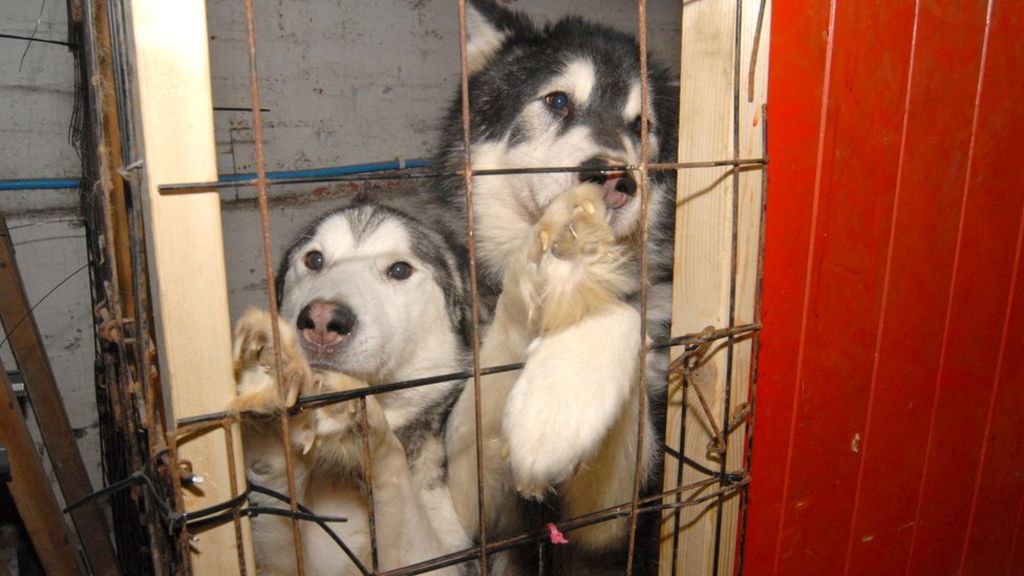 A vet who kept 30 dogs and cats in a “filthy dungeon” has been given a 12-week suspended sentence and banned from working with animals for life.

Police discovered the animals – some of them in cages – in the basement and back room of Gary Samuels’ Armley Vets practice in Leeds, in February 2015.

Samuels, of Weston Road, Enfield, was sentenced after being convicted of six offences under the Animal Welfare Act.

The RSPCA described the conditions the animals were kept in as “unthinkable”.

Four dogs and a cat were put down after the raid on the practice in Town Street. But, 21 animals have been rehomed.

Officers discovered some of the animals by accessing a trapdoor covered with carpet, while others were found shut in a separate room.

RSPCA Inspector Nikki Cheetham said: “I’ve seen a lot of shocking things working for the RSPCA but I would certainly never have expected to deal with something like this.

“It is unthinkable to consider what was going on in this surgery as clients were coming and going, paying their vet fees.”

Samuels’ sentence was suspended for 12 months. He was also ordered to carry out 15 hours of unpaid work, fined £200 and told to pay £500 towards the costs of the prosecution.

His assistant, Rochelle McEwan of Stonecliffe Close, Leeds, who was also convicted of six offences under the Animal Welfare Act, was sentenced last month.

MP Shah to 'stand aside' from committee