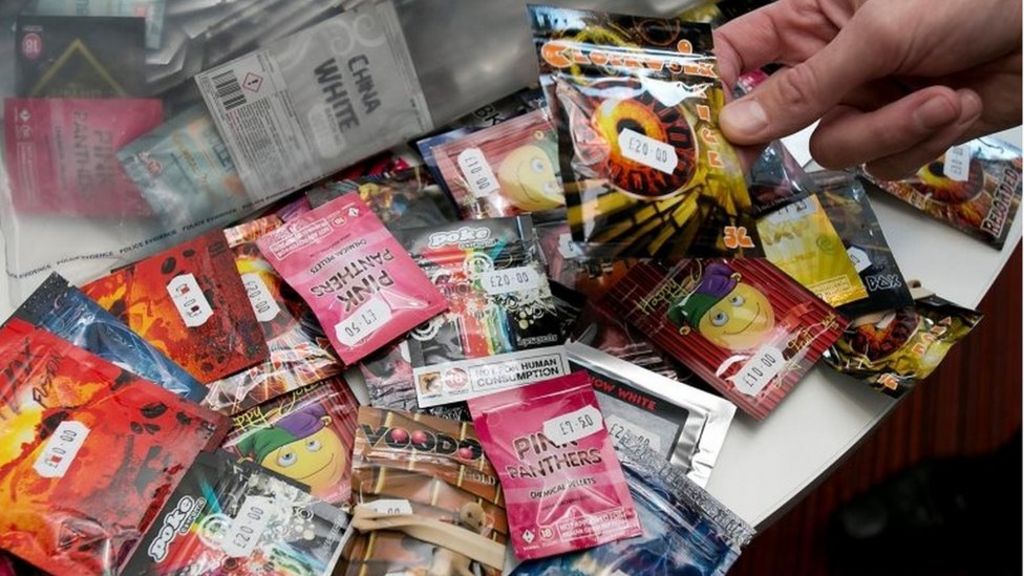 A blanket ban on so-called legal highs has come into force in the UK.

Laws criminalising the production, distribution, sale and supply of what are otherwise known as from Mark

Ahead of the ban, a survey by the YMCA suggested that while overall usage is likely to decrease, around two-thirds of young people who currently take the drugs are likely to continue using them in the future.

Simon Blackburn, of the Local Government Association, said legal highs were a “scourge on society and shatter lives”.

He added the new blanket ban “should help to reduce anti-social behaviour” linked to their use.

“Councils have made every effort to crack down on these substances and the unscrupulous traders selling them, which has seen so-called ‘head shops’ closed down, intoxicating substances seized, on-the-spot fines issued and successful prosecutions.

“However, this work relied on laws designed for very different purposes, making it much harder for councils and the police to tackle the problem.”

He added: “Many have criticised this act in draft stages – it may prove to be a sledgehammer to crack a nut and have unintended consequences. But it is here and carries serious consequences for those who fall foul of the new law.”

There have been warnings that the ban could also drive dealers on to the so-called “dark web” – a largely untraceable area of the internet which does not show up on traditional search engines and has been used by criminal gangs who trade in drugs, guns and forged documents.

The ban comes into force a day after the owner of a shop selling legal highs and a shop worker were arrested in Greater Manchester after nine people fell ill after taking substances.

Some of the legal highs which have hit the headlines in recent years include:

Spice – Replicating the doping effect of cannabis, spice is one of the brands which has gained notoriety following reports of its widespread use in prisons. It comes as a smoking mix and has been known to cause paranoia, delirious ranting and hallucinations. Similar drugs go by the names black mamba and annihilation

Laughing gas – Otherwise known as nitrous oxide, laughing gas comes in canisters and is used recreationally after being inhaled, often out of balloons. It gives users a light-headed, euphoric …read more