The video will be shown the day after acts like Ed Sheeran and One Direction go into a studio to record a new version of Do They Know It’s Christmas?

Money raised by the song will help fund relief efforts to fight the spread of the Ebola virus in West Africa.

The song was first recorded in 1984, raising more than £8m for famine relief in Ethiopia.

This time, fans will be able to follow the recording session on an official app, which will stream live footage from Sarm studios in London. 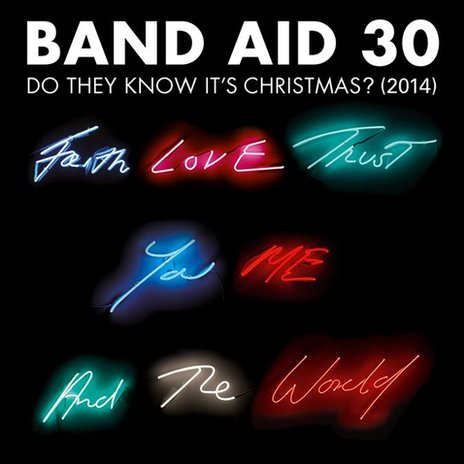 That footage will also form the basis for the music video, which will be edited “in record time” in order to be shown on The X Factor at 20:00 GMT on Sunday.

The single will be available to download at 08:00 GMT the following day, priced at 99p. A CD version costing £4 will be released three weeks later.

The government will be under pressure to waive VAT on the sales, as it has done on previous occasions.

An official trailer for the new single, featuring hard-hitting images of the Ebola crisis, was released on Thursday.

Organiser Bob Geldof said the lyrics have been updated for the 2014 version because Africa’s “booming” nations no longer face a famine threat.

References to the “burning sun” and land where “no …read more

Clarkson: 'I haven't heard a thing'