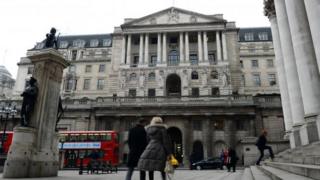 UK interest rates have been left unchanged at 0.5% by the Bank of England’s rate-setters.

The nine rate-setters on the Monetary Policy Committee voted 8-1 for no change.

Ian McCafferty, one of four external members of the MPC, was the only to vote for a rate rise, as he has done at the previous four meetings.

It is the 81st meeting in a row at which rates have been left unchanged at that level.

The minutes of the meeting showed policymakers concentrated on the continuing subdued inflation environment.

Inflation as measured by the Consumer Prices Index stood at -0.1% in October and the rate-setters predicted it would be slightly positive in November.