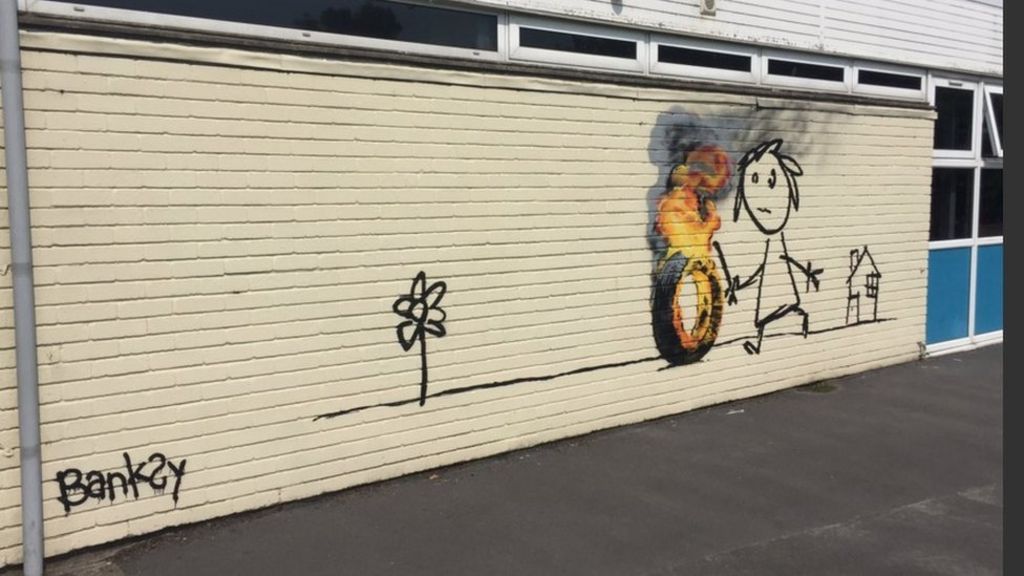 Street artist Banksy has left a half-term surprise “present” on the walls of a Bristol primary school.

The illusive artist composed the mural at Bridge Farm Primary after it recently named a school house after him.

It was discovered as teachers returned from the half-term break along with a letter saying “it’s always easier to get forgiveness than permission”.

A spokesman for Banksy confirmed to BBC News that the artwork is genuine.

Boy dies after climbing on train