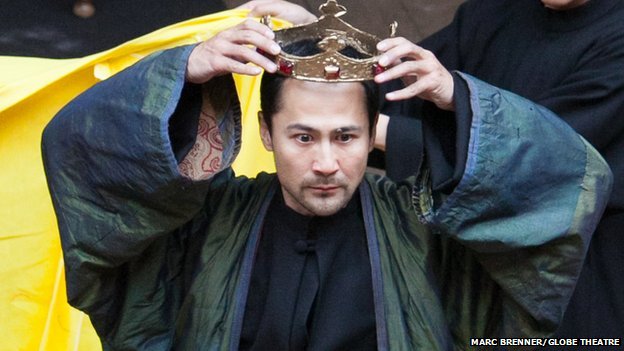 The UK government is donating £1.5m for the translation of all William Shakespeare’s works into Mandarin for audiences in China.

He said culture was a “brilliant” way of fostering closer UK-China ties.

“This funding means Western and Eastern cultures can learn from and be enriched by one another and what better way than using the works of Shakespeare,” said Mr Javid.

“The package marks a really important step for both China and the UK to grow a strong and progressive relationship.”

The RSC will undertake the first translation of the Bard’s complete works in Mandarin.

Artistic director Gregory Doran said: “I profoundly believe that we foster deeper understanding between cultures by sharing and telling each other our stories.

“Our plans to translate Shakespeare into Mandarin, to see translation and performance of more Chinese classics in the UK and to tour RSC productions to China will celebrate the arts and culture of both nations,” he added.

Mr Doran also said that the initiative would help attract more visitors to the UK.

Other plans, which were announced today by Mr Javid and Chinese vice-president Ma Kai, include £300,000 of funds for a series of museum exchanges with the British Museum.

Cutest Kitty Ever Getting A Massage Vine By catie

Ant & Dec: The secret of their success

Soul fans in a spin over rare record