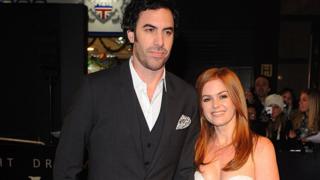 The couple have given £335,000 to Save The Children to help vaccinate against measles in northern Syria.

This will fund education, health care, shelter and sanitation for refugees in Syria and neighbouring countries.

More than 250,000 people have been killed since an uprising against President Bashar al-Assad began in March 2011 and more than 11 million others have been forced from their homes.

Mr Miliband said those caught up in the conflict were “victims of terror”.

He added: “Sacha and Isla’s donation is a great expression of humanity, and a challenge to do more for the most vulnerable.

The Replacement: What did people make of the...