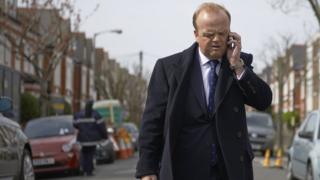 Toby Jones will star in Capital, about a south London street transformed by soaring property prices

The controller of BBC One has said she is committed to taking risks on the channel, with every new programme being required to “break the mould”.

Charlotte Moore said she would “guarantee investment in innovation” in the coming years.

Moore was speaking at the channel’s autumn and winter launch, where she announced shows including the return of Luther and Sherlock.

She also announced a “visceral” new retelling of the ancient story of Troy.

The drama, told from the perspective of a Trojan family during the war between Greece and Troy, would be “unlike anything we’ve ever seen on BBC One before”, she promised.